Blog - Latest News
You are here: Home1 / News2 / Entertainment News3 / Wonder Woman 1984 Premieres As The Second Blockbuster in England Since... 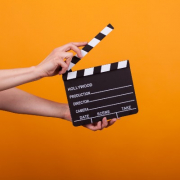 Originally due to premiere in June 2020, Patti Jenkins’ highly anticipated superhero sequel, Wonder Woman 1984, starring Gal Gadot has seen its fair share delays and redirections due to the coronavirus pandemic, like many other films and shows. Many countries have seen cinema doors shut due to the inevitable COVID-19 restrictions, and as a result, production companies have been pushing their release schedules further and further back as the pandemic continued to rage throughout the year. Other major Hollywood films such as James Bond’s No Time to Die and Marvel’s Black Widow have been pushed to 2021 completely. Some film companies have made the decision to put some films on streaming platforms, and companies such as Disney moved almost the entirety of its 2020 slate to 2021.

In the United Kingdom, Wonder Woman 1984 is only the second Hollywood blockbuster film to hit cinema’s since March. The first being, Christopher Nolan’s Tenet which was released in August, during a slight lockdown reprieve for much of the UK. Tenet did fairly well in cinemas, grossing over $350 million (£259 million) worldwide, but was still much less than expected in normal circumstances.

However, with the country experiencing heightened cases of the Coronavirus, only a quarter of cinemas are actually open and available to show the film. As of the 19th of December approximately 68% of England’s population will be moving under the toughest lockdown restrictions, meaning that, even more cinemas will be closing and unable to show the film. According to the BBC, ‘while 27% of UK cinemas are still open, according to the UK Cinema Association, some of those are arthouse or smaller venues that would not typically show a major Hollywood release.’ Unlike the USA, where Wonder Woman 1984 will also be released on HBO Max, there is no streaming service currently available for this film in the UK. The first Wonder Woman film was a huge success grossing over $821 million (£615 million) worldwide. However, due to the simultaneous streaming offer in the USA, much of UK cinema’s being closed and worldwide reduction of cinema openings, the figure for Wonder Woman 1984 may not be as high.

Recently, Warner Bros. made the decision to release Wonder Woman 1984 in America in cinemas and their streaming service, HBO max simultaneously. According to the BBC, on this decision, director Patty Jenkins said that:

‘…while she agreed to the simultaneous streaming release in the US, she did not want to see the end of cinemas. She told the PA news agency: “I’m very wedded to the theatrical release model unless there’s a new way we can find that really protects the in-theatre experience. It was a very hard choice for us to figure out how to release this film. I myself am so surprised that I embraced this plan so much but it just was the right time, we’d waited long enough. I’m so excited this is a new way to release a film, everybody in the world is trying to adjust to these crazy circumstances but I really hope we respect what we have in the theatrical industry going forward. We may discover all kinds of new and interesting things for different projects but I do very much believe in the right films going just to theatres and having fans see it the way you made the film to be seen first.”’
According to Variety, there may be a streaming option available for the UK at some point, but this is not yet confirmed. ‘It’s believed a VOD deal with Comcast-backed pay-TV operator Sky is still being worked out but the deal hasn’t yet closed. It’s unclear whether that month-long window may now be reduced even further given the new restrictions. Sources close to the studio previously denied that a day-and-date VOD release for “Wonder Woman 1984” was in the cards for the U.K.’

On the day of Wonder Woman’s release, the capital city of London was placed under higher restrictions meaning that more cinemas closed. However, Warner Bros. confirmed that the release of Wonder Woman 1984, would still go ahead, apparently sticking to its contingency plan that included the month-long theatrical window for cinema showings and then a potential video-on-demand release for the UK, according to Variety.

Reviews of the 1984 film have been mixed but overall rather positive. Film magazine Empire gave it four out of five stars, writing: ‘as with the last film, the heart and soul of Wonder Woman 1984 is Gadot. Her Diana exudes grace and goodness, her power displayed with an unabashed femininity that still feels revelatory amid a crowded landscape of ripped male heroes. There’s an acrobatic fluidity to her action choreography that’s joyous to watch, a sense of weightlessness as she propels herself through the air. Superman might fly, but Wonder Woman soars.’

Christmas in Colorado
Scroll to top