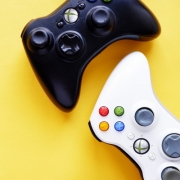 The gaming industry faces a fierce challenge in the economic climate moving forward with new product launches. Microsoft’s Xbox Series and Sony’s PlayStation 5 was planned to be launched this year and hoped to be the next generation’s best technological advanced consoles to date. However, due to the global pandemic it is in high doubt that Microsoft will not be able to have the most advanced technology or the best games for consumers to be addicted to. To add to this as the United States faces the brink of recession, will consumers want to invest in the newest gaming piece?

It is evident that the global pandemic has brought economic struggle all around the world. However, it has been rumored that the gaming industry may be decreasing their prices therefore consumers may be able to afford the newest gadget compared to previous year’s pricing. The supply chain issues have proved a challenge for Xbox due to the demand needed by different retailers. Furthermore, manufacturing delays have also been a problem for game developers. With manufacturers having less people working, getting supplies at a cheaper cost could be proved harder than first thought.

June 2020 the gaming industry was set to see the E3 gaming event however it was cancelled months ago due to the pandemic. This would have been a chance for Xbox to push the new game consoles to the video gaming industry and build more hype around the launch. As the event is not taking place, industry experts and traders of the console will not be able to see the Xbox Series first hand. Some people hoped the event would be hosted online however organizers of the event decided to scrap the idea. Therefore, from July Xbox has decided to show a glimpse of some of the new games in the development process. Prior to this in May, Xbox released a gameplay reveal which featured third party game playing.

With the unpredicted circumstances upon us, Xbox Chief Phil Spencer discussed the business position to BBC News. Spencer discussed the adaptation of testing for the new console as employees are having to work from home to ensure the business can carry on as usual. He explained “We have test kits at home and we’re all using them, so we can ensure that everything’s working the way it should”.However, even though test kits are going to the homes of employees the usual schedule is not completely up to date due to the pandemic, as Spencer explained “We probably had a couple [of] weeks missing in our testing cycle, just as we got up to speed with things”.

It has been acknowledged that due to many leisure activities in the world having to shut down and businesses demand going down, many industries are seeing the forefront of the impact from a loss of jobs. Therefore, game developers are worried that consumers may not have the disposable income they usually have to spend on a new launch. As Chief Phil Spencer discussed with BBC News Xbox are concerned about “macro-economic environment”. Xbox has acknowledged their industry is not an essential requirement for consumers at this uncertain time therefore they have planned to see the fall back from COVID19.

But for game console lovers there is hope, as the economic situation has become negative for businesses hoping to release new products, for the consumers that are lucky enough to be in the position to still want to buy there could be positives. Xbox are looking at lowering the price of the new console and games and offer a subscription service which allows consumers to pay for their new leisure activity at a monthly cost. It has been rumored by industry experts that Microsoft’s Xbox launch is aiming to undercut Sony’s PlayStation 5. Xbox is attempting to find positives outlooks in the motivation for a consumer to buy a product, even though they will see it as an investment, it will provide hours of fun for their family which in the long term could be seen as a cheaper way to have fun than many days out.

Xbox has not aimed high this year in relation to the number of consoles sold, it has chosen to focus on delivering an experience for the consumer and understanding the feedback consumers are giving them from previous consoles. Xbox hopes to push its Xbox Game Pass, a service that allows consumers to access many more games and the smart delivery technology will allow games to move on to the next generation console. For now, Xbox are focusing on their statistics and ensuring their business is aware of what games are most popular and how often people are playing on the console.

For consumers that are in a position to purchase a new gaming console this year, both businesses Xbox and PlayStation have confirmed they aim to go ahead with the launch.

Walking For Pleasure: Why We Should Get Outside and Clock Up The Miles During...