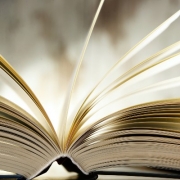 Douglas Stuart’s debut novel Shuggie Bain has recently been announced as this year’s Booker prize recipient. Scottish-American Stuart has been awarded £50,000 for his personal tale that paints a portrait of working-class Scotland in the 1980s.

Shuggie Bain tells the story of young Hugh “Shuggie” Bain struggling to help his mother Agnes, who is battling with addiction. Shuggie spends his childhood in run-down public housing in Glasgow, Scotland, during the turbulent 80s. A story of addiction, sexuality, and unconditional love, Shuggie Bain portrays a working-class family, rarely written in fiction.

The novel was partly inspired by the author’s own upbringing and the loss of his mother to alcoholism when he was 16. Stuart himself describes the novel as “a love story… looking at that unconditional, often tested love, that children can have for flawed parents. The Glasgow that I grew up in, I’d always known it to be run by women. I am the queer son of a single mother, who lost her own battle with addiction when I was a child.”

Upon learning he had been awarded this year’s Booker prize, Stuart appeared shocked and tearful, saying he was “absolutely stunned.” He went on to thank his mother, who is “on every page of this book. I’ve been clear without her I wouldn’t be here, my work wouldn’t be here”. He continued to thank “the people of Scotland, especially Glaswegians, whose empathy and humour and love and struggle are in every word of this book”.

The author spent 10 years penning Shuggie Bain, which was rejected by 30 editors before it was picked up by publishers Grove Atlantic in the United States and Picador in the UK. Though it’s content may sound somewhat bleak, reviewers have remarked on how the novel simultaneously navigates humor. It is both funny and harrowing, intimate and tender. Stuart says these dualities mirror the Glaswegian spirit.

Margaret Busby, the chair of this year’s Booker judges, said Shuggie Bain was “destined to be a classic”, describing the work as “a moving, immersive and nuanced portrait of a tight-knit social world, its people and its values”.

“It is such an amazingly emotive, nuanced book that is hard to forget. It’s intimate, it’s challenging, it’s compassionate,” Busby said, describing young Shuggie as “an unforgettable character”.

It’s been more than a decade since a debut won the prize, though Stuart was one of four debuts among the six novelists on the shortlist. He was also the only British writer to be shortlisted for this year’s literary prize – the six nominees comprised a diverse shortlist, with Stuart beating Zimbabwean Tsitsi Dangarembga, Ethiopian-American Maaza Mengiste and American writers Diane Cook, Avni Doshi and Brandon Taylor.

44-year-old Stuart was born and raised in Glasgow, before moving to New York in his mid-20s, after graduating from the Royal College of Art in London. He has said writing about Glasgow from the United States “brought clarity, but it also allowed me to fall in love with the city again”, describing it as “a city of reluctant optimists by default”.

He has become only the second Scottish author to win the coveted prize, preceded by novelist James Kelman, who won in 1994 with How Late It Was, How Late. Stuart says this book changed his life and was “one of the first times I saw my people, my dialect, on the page.”

The Booker Prize, previously the Man Booker, is a literary prize awarded annually to the best original novel of the year, written in the English language and published in the UK or Ireland. Established in 1969, the literary award has brought recognition to outstanding fiction for over fifty years.

2019’s Booker prize proved controversial when the judges seemingly flouted rules to choose two winners, Bernardine Evaristo for Girl, Woman, Other and Margaret Atwood for The Testaments. After deliberating for five hours, last year’s judges found it impossible to single out one winner. The rules were changed almost 30 years ago so that only one author could win the coveted prize. This year, judges were under stricter instructions to select only one winner.

Evaristo’s Girl, Woman, Other is a polyphonic journey told through the lives of 12 black women, spanning more than a century. Evaristo drew on aspects of the African diaspora to inform this, her eighth work of fiction. Atwood’s The Testaments drags us back to Gilead in her sequel to The Handmaid’s Tale, which was also shortlisted for the prize in 1986.

Evaristo’s win made her the first black woman and black British author to win the Booker. 79-year-old Atwood became the prize’s oldest winner, as well as becoming the fourth author to have won the prize twice. When awarded the prize in 2019, by coincidence, Evaristo was the same age that Atwood was in 2000 when she first won the prize with The Blind Assassin.

Moderna Applies For Emergency Use Authorization Of Covid-19 Vaccine In US And...
Scroll to top