Blog - Latest News
You are here: Home1 / News2 / Business News3 / Business Leaders Call For Trump To Be Removed From Office 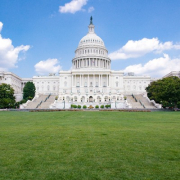 A plethora of American business leaders, including one of the most influential business groups in the country, the National Association of Manufacturers, have condemned the recent attack on the Capitol and called on Vice President Mike Pence to consider removing Donald Trump from office.

The statement released by the Republican-leaning National Association of Manufacturers is very strong in tone and represents possibly the strongest political statement by a major business group in modern US history. It also highlights how the relationship between the self-styled CEO president and the business community has broken down in recent times.

“This is sedition and should be treated as such. The outgoing president incited violence in an attempt to retain power, and any elected leader defending him is violating their oath to the Constitution and rejecting democracy in favor of anarchy,” National Association of Manufacturers President and CEO Jay Timmons said in a statement.

“Anyone indulging conspiracy theories to raise campaign dollars is complicit. Vice President Pence, who was evacuated from the Capitol, should seriously consider working with the Cabinet to invoke the 25th Amendment to preserve democracy.

“This is not the vision of America that manufacturers believe in and work so hard to defend. Across America today, millions of manufacturing workers are helping our nation fight the deadly pandemic that has already taken hundreds of thousands of lives. We are trying to rebuild an economy and save and rebuild lives. But none of that will matter if our leaders refuse to fend off this attack on America and our democracy—because our very system of government, which underpins our very way of life, will crumble.”

Timmons’ comments demonstrate just how Corporate America feels over Trump’s ongoing attempts to bring down democracy in the US. The National Association of Manufacturers, founded in 1895, is one of the oldest business groups in the nation and with small and large manufacturers from every US state represented, it is also one of the most powerful. The comments come after Trump supporters stormed the US Capitol, attempting to stop the joint session of Congress in which Electoral College votes were being counted.

“This is not who we are as a people or a country. We are better than this,” JPMorgan Chase CEO Jamie Dimon, one of America’s top business leaders, said in a statement condemning the Washington violence. “Our elected leaders have a responsibility to call for an end to the violence, accept the results, and, as our democracy has for hundreds of years, support the peaceful transition of power. Now is the time to come together to strengthen our exceptional union.”

The call for Trump’s head by the National Association of Manufacturers is particularly noteworthy because of the advocacy group’s staunch pro-business stance, as well as their previous vocal support for President Trump. The group has consistently championed the Trump administration’s tax cuts, deregulations and efforts to revive manufacturing, even having him deliver remarks at their annual Washington meeting in 2017.

“For years, our democracy has built a reservoir of goodwill around the world that brings important benefits for our citizens. Recently, we have squandered that goodwill at an alarming pace, and today’s attack on the U.S. Capitol does further damage. It’s time for all Americans to come together and move forward with a peaceful transition of power. We have to begin reinvesting in our democracy and rebuilding the institutions that have made America an exceptional nation,” David M. Solomon, Chairman and CEO of Goldman Sachs said.

A year later, Republican Congressman Kevin Brady, back then chairman of the House Ways and Means Committee, claimed that the Trump administration’s tax cuts would not have been possible without the support of the National Association of Manufacturers and Timmons, who has been CEO of the group since 2011.

According to OpenSecrets, the National Association of Manufacturers contributed over $160,000 to Republican Congressional candidates during the 2020 election cycle, a figure that marks 72% of the group’s contributions.

Alfred Kelly, Jr., Chairman and CEO of Visa: “I am shocked and saddened by what I’ve seen today. We at Visa stand 100% behind the results of the election and the collective voices of the citizens of this country. We are fully supportive of a smooth transition of power which has been the case for almost two and a half centuries. In this time of intense anxiety for our country and the world, I continue to have tremendous faith in the resilience of our United States institutions.”

Brian Moynihan, CEO of Bank of America said, “Today’s appalling events in our nation’s capital underscore the urgent need for all American’s to unite behind one of our most cherished principles: the peaceful transfer of power that has happened without interruption since our country’s founding. We must move forward together peacefully, respectfully and with a singular, shared focus on our American ideals.”

Covid-19 Vaccine Delays And Lack Of Federal Action Putting US In Deadly Pos...
Scroll to top