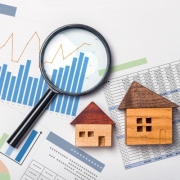 A new study into diversity in property investing has revealed that more needs to be done to improve gender and race representation in the sector.

The study was conducted by investor news site Millionacres and polled over 600 investors. The results showed that over 25% of women questioned said that they felt gender diversity was lacking in the real estate communities that they were part of. A similar level of non-white respondents also felt this was the case when it came to racial diversity.

More alarmingly, over a third of female respondents believed that they were presented with more limited opportunities purely because of their gender, with just under a quarter stating that their returns were impacted by their gender. Broadly speaking these figures were similar for non-white respondents, who felt their opportunities and returns were also negatively impacted.

The report went on to acknowledge that the real estate investing industry remains ‘overwhelmingly white and male’ but also pointed out that there appeared to be some conflict with regards to whether anything needed to actually be done to improve diversity. The report said “Women do seem to think that diversity in the field could use some work. But they were almost as likely to say that real estate is gender diverse as they were to say that it was lacking in diversity. And they were twice as likely as men to say that the community doesn’t need to take action to improve diversity.” This was also the case with non-white respondents, who remained split on what if anything should be done to improve racial diversity in the sector.

One area which many agreed on was the importance of early financial education, particularly to underrepresented groups. Providing them with information about how to get involved early could lead them to take steps towards entering the sector, as it may simply be that they don’t give the idea much due consideration amongst their other available options. The lack of visible diverse role models who are actively engaged in property investing could also make them feel that the sector is not open to women or non-white investors, when in fact they are plentiful, just not in plain sight.

One way to tackle this problem is to make sure that there are more positive role models and more information available to those wishing to enter the property investment sphere. One such person is Ayesha Ofori, founder of the Black Property Network, (BPN). Given that statistics suggest that in the UK, black households are much less likely to be property owners than those headed by someone white or Asian and much more likely to be living in social housing, Ayesha is keen to financially empower historically underrepresented groups. Alongside BPN she is also the founder of PropElle, a network for women who want to invest in property with confidence. It is similar to BPN in that it helps improve access to education, mentoring and networking. It also provides access to property investment opportunities via a crowdfunding platform. Speaking to UK publication The Voice Ayesha said, ‘The reason why a lot of people in our community don’t is because of this perception that they can’t afford it or they don’t know what they’re doing. So I said to myself ‘if I can help people see that these things aren’t actually barriers then a lot of people can get into this. Property investing is something that can really change your life.’

It is evident that property, like many other sectors, remains dominated by white male investors, but this does not mean that women and non-white investors are not playing key roles in shaping the future of the investment sector. Once you start to scrape the surface, you quickly find that there are a great many positive examples of successful investors who don’t fit the traditional ethnic or gender stereotype. Many people from all walks of life have started to navigate the property investment market and you also don’t have to start with a ton of money either. Like many skills, if you start small and build on your gains then you’ll be well on your way to property investing success. We simply need to shout about these achievements more and in doing so, we can inspire a new generation of investors to join the party, who in turn can help bring greater diversity to the sector.