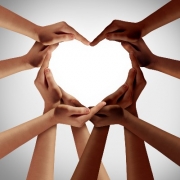 This year has been a busy year in terms of events and actions that have seen major changes to not only the way we live and but also the way in which the world continues to evolve.

With natural disasters, health emergencies and unnecessary actions of violent racism – many by those who we are supposed to trust – continuing to cause havoc around the globe, millions of people have started stepping up to change the way people of color are treated throughout the world.

The recent Black Lives Matter movement, starting in America and quickly spreading across the world, saw many people in positions of power come forward to announce that they would be doing something to help the cause, including those in corporate America.

This week a collection of over 200 of America’s most powerful business executives – a group known as the Business Roundtable – confirmed they had released a report that they believe would help combat the racism that is still prevalent in modern day America.

The report, titled Advancing Racial Equity and Justice, highlights the different ways they believe the United States, and other countries around the world, can stop the systemic racism that is continuously found not just in employment and education, but also in health, finance, housing and of course, the justice system.

Members of the Business Roundtable include Amazon founder and CEO Jeff Bezos as well as Jamie Dimon, CEO of JPMorgan Chase. Chairman of the Business Roundtable, Doug McMillon – who is also the CEO and president of Walmart – confirmed the report stating “these long standing systemic challenges have too often prevented access to the benefits of economic growth and mobility for too many. It is our employees, customers and communities who are calling for change, and we are listening – and most importantly – we are taking action.”

The report states that: “Americans have faced multiple crises in 2020 – a global pandemic that has killed hundreds of thousands, an economic recession with high unemployment and nationwide unrest over continued killings of unarmed Black men and women.”

It continues, saying, “Every American has been challenged by the events of this year but not equally; communities of color are bearing a disproportionate burden, widening an already large racial divide in America.”

The report lists many commitments as well as recommendations including a demand for an increase in the federal minimum wage, the ability to have more affordable childcare as well as education and a demand for reforms within the police.

Business Roundtable has also confirmed they are committing to plans that are working to ensure there are not only more jobs available to Black Americans but higher levelled and better paying jobs too. The group is working towards reducing student debt as well as encouraging employers to look past the college degree – or potentially the lack of – and more at the person and their skills, ensuring the right candidate is picked for the job.

They are also backing initiatives that support historically Black colleges and universities (HBCUs), making sure that diversity metrics are available to the public. They are also committed to establishing equal pay.

Furthermore, by 2025 $1 billion will be made available by the group to support small businesses that are Black-owned and entrepreneurs. A mentoring system is also being set up before 2025 to help up to 50,000 Latino and Black small business owners, ensuring they get the support many are currently struggling to find.

Another issue the committee is aiming to address is the number of underbanked and unbanked Blacks and Latinos. The initiative will address the lack of credit many have as well as build around 200,000 affordable rental units within the next five years, a move that will be achieved thanks to a $30 billion investment.

A statement by the Business Roundtable last year announced that public companies should be required to answer not just to their shareholders but also their customers, employees and communities. While many have seen this as a step in the right direction there has also been a lot of criticism, especially those who monitor the actions of Business Roundtable members.

McMillon has acknowledged there may be some skepticism received following the report’s release. In an opinion piece written for USA Today he wrote:

“[A]s written, [these initiatives] carry no more weight than the paper they’re printed on. Any power they have will come from the energy, resources and sustained commitment we put behind them — it will take the full weight of business, in cooperation with other leaders, to drive change.
But we must act, and we must act now.”

Earlier in the year the group put together proposals for a fairer federal policing reform legislation following the death of George Floyd in May. Mr Floyd’s death ignited protests not just across America but also in the UK, Germany and many other countries across the world.

10,000 Steps A Day Is Key To Maintaining A Healthy Lifestyle, Doctor Says