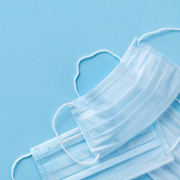 Despite vaccination programs being well underway, a third wave of coronavirus infections is spreading across Europe. The wave has caused many European countries to extend or impose new lockdown measures again for its citizens. The wave has been pinpointed to the variant first found in Britain, which triggered its own series of lockdowns late last year, which is currently still in effect.

The Guardian reported: ‘The variant first found in Britain is spreading significantly in at least 27 European countries and is now dominant in Denmark, Italy, Ireland, Germany, France, the Netherlands, Spain and Portugal, according to the World Health Organization.

Up to 50% more transmissible than the original virus, it may also be more deadly. “The spread of the variants is driving the increase,” Hans Kluge, the WHO’s Europe director, said last week. “But so is the opening of society when it is not done in a safe and a controlled manner.”’

Germany, whose weekly infection rate rose from the mid-60’s to 107 cases (per 100,000) on the 22nd March, has now extended its current partial lockdown and imposed new restrictions until the 18th of April at the very least. Germany recently reopened its schools and allowed some shops and hairdressers to resume trade. Air travelers to Germany will also now be required to be tested for COVID-19 before boarding flights, those returning to Germany may be quarantined, private gatherings are expected to be limited, schools may be closed again, homemade masks are no longer considered acceptable, instead clinical masks are required. According to Sky News: ‘In terms of vaccinations, about 9% of the population has received a first dose of a coronavirus vaccine and 4% have had both. Germany has so far seen nearly 2.7 million cases of COVID-19, and almost 75,000 deaths.’

France has closed non-essential shops, restricted travel and imposed a 7pm curfew, again imposing another lockdown.  As of the 21st of March, there were 4,353 people in intensive care with serious cases of COVID-19, the highest number yet this year, at the same time more than 35,000 new cases were reported. The country recently paused its vaccination program due to concerns about the health risks of the Oxford AstraZeneca vaccination (which has now been confirmed as safe by European Authorities). The country has now restarted its vaccination program however many French Citizens still believe the vaccination to be unsafe.

The Guardian wrote: ‘Lasting for at least four weeks, the measures are less strict than previous lockdowns and some experts have questioned whether they will be sufficient. Hairdressers, bookshops and florists can stay open and people are allowed to exercise outdoors as often as they like during the day within 10km (6 miles) of their home.’ Adding later ‘A study by the Pasteur Institute this month showed contamination at work accounted for 15% of new cases. “We are adopting a third way, a way that should allow us to rein in the pandemic without locking people up,” Castex said.’

Daily cases in Italy have almost doubled since January which saw a weekly average of 12,000, but is now over 22,000 in the third week of March. Tougher new restrictions have been imposed from the 15th of March from Italys Prime Minster. Much of the country has been places in a ‘Red’ category, which means that bars, restaurants and schools have been closed. The whole country will enter the ‘red’ category in early April, between 3-5th. People will be required to stay at home for anything other than essential reasons, work and health.

The government had promised to vaccinate all over 80 by March, but was unable to amidst organizational issues and vaccination supply issues. Sky News reported: ‘So far, Italy has seen more than 3,300,000 cases of COVID-19, and over 104,942 deaths – the sixth-highest tally in the world and second in Europe. Like Germany and France, Italy has also made the decision to restart its vaccine programs with the AstraZeneca jab.’

One of the countries campaigning for the introduction of a vaccine passport system in order to re-open its heavily relied upon tourism industry. However, Sky News wrote: ‘an open travel corridor between Greece and the UK last year – with no requirement to quarantine on return – has been blamed for significantly spreading the virus in a Public Health England study published this week.’ Schools will remain closed, non-essential shops will also close in some areas, people are not allowed to travel outside of their area of residence, and curfews during the week and weekends are imposed. According to the Guardian ‘Athens accounts for roughly half of new Covid cases detected in Greece each day, which have soared to a weekly average of about 2,400 from 450 in late January.’

Several more countries across Europe, such as Poland, the Netherlands have also extended lockdowns, closed shops and venues and imposed further restrictions to combat the third wave. The UK, has not yet been hit by the third wave, but the UK government is expecting it to reach it’s shores as well.