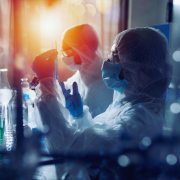 Covax is a vaccine sharing scheme is led by the World Health Organization with the Global Vaccine alliance (Gavi) and the Coalition for Epidemic Preparedness Innovations (Cepi). It aimed to bring together, governments, global health organizations, manufacturers and so forth to provide equitable access to COVID-19 tests, treatments and vaccinations. Overall, the scheme looked to help poorer countries gain access to treatments that they may not have had the financial means to access, or by simply being pushed to the back of the queue as richer countries could more easily purchase the needed vaccines or tests. Richer countries that signed up to the COVAX scheme would therefore agree to help finance vaccine access for poorer countries too. Recently, the Covax scheme delivered the first shipment of COVID-19 vaccines to Ghana, with 600,000 doses of the Oxford/AstraZeneca vaccine.

The BBC wrote that the Covax scheme: ‘hopes to deliver more than two billion doses to people in 190 countries in less than a year. In particular, it wants to ensure 92 poorer countries will receive access to vaccines at the same time as 98 wealthier countries. It aims to reach up to 20% of the populations of poorer countries, at no cost to their governments.’ The first shipment landed in Accra, Ghana’s capital on Wednesday 24th of February. It is expected that frontline health workers will receive the jab from Tuesday.

Doses are also expected to be delivered in Abidjan, Ivory Coast on Friday, where workers will receive vaccination beginning Monday. Over the next six months, the scheme hopes to inoculate 3% of the population of 145 countries in the scheme, via vaccine distribution. This should be enough to cover healthcare workers and the most vulnerable. Further deliveries of tens of millions more vaccinations will follow throughout the rest of the year.

The scheme will not only deliver vaccine doses but will also support local communities, by helping to provide suitable cold storage for the vaccinations and training people to safely administer the inoculations.  Anne-Claire Dufay of Unicef Ghana, and the WHO country representative, Francis Kasolo, said in a statement: “This is a momentous occasion, as the arrival of the Covid-19 vaccines into Ghana is critical in bringing the pandemic to an end.”

The scheme is funded by donations and has reportedly so far raised $6bn but will need another $2bn to meet its 2021 target and will also need donations of countries surplus vaccinations.  Many areas, such as Canada, the UK, the European Union, the United States of America, Australia, Brazil and more have ordered more vaccinations than their population requires. Some countries, such as the United Kingdom, have agreed to give doses from their excess supply to the Covax scheme, and other countries such as Norway and France will give doses up front.

Andrea Taylor, an assistant director at the Duke Global Health Innovation Centre in the US, said “It was originally designed to consolidate the vaccine procurement process and ensure that doses went out to all countries at the same time … but it didn’t actually work that way for reasons that are entirely predictable, It turns out the incentives for leaders of rich countries are not aligned with that design. Rich countries said they support global equity, here’s some money to buy vaccines for poorer countries, but we’ll go ahead and take care of our own supply because we want to be responsible for quantities and the delivery schedule.” Yet, added that the world was better off for the success of the program so far.

The Guardian also wrote: ‘separately several African countries that include Morocco, Egypt, Senegal and Seychelles are using the Chinese vaccine. Zimbabwe, which received a donation of 200,000 doses last week and is set for 600,000 more, has begun to vaccinate frontline workers as it remains in lockdown following a sharp spike in cases.’

The COVAX scheme is not only rooted in philanthropy and ethics, but the equitable access to vaccinations across the world is essential in bringing this global pandemic to an end. If richer countries only focused on themselves and poorer countries were unable to access vaccination programs, then the risk of COVID-19 will still be a danger to everyone globally. Therefore it is in many nation’s interest to ensure that the eradication of COVID-19 is a global effort, and the Covax scheme is making great strides in ensuring that this is the case. Calling the delivery of the first shipment, the first major step, Director-General of the WHO, Tedros Adhanom Ghebreyesus said: “we will not end the pandemic anywhere unless we end it everywhere.”

Male Cosmetics Has Been Rising In Popularity, But It’s Really Nothing New...