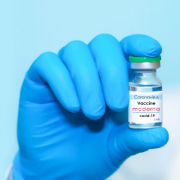 COVAX is a global vaccine sharing initiative formed under the organizations Gavi, the Coalition for Epidemic Preparedness Innovations (CEPI) and The World Health Organization. One of the main aims of the COVAX scheme is to ensure poorer countries gain fair and equitable access to the vaccination, as many lower-income nations may have not been able to afford the purchase of the COVID-19 vaccinations, leaving them at a severe disadvantage in comparison to higher-income self-financing countries – who could afford and even hoard the jab.

The COVAX scheme has paired with other organizations such as the social welfare organization UNICEF to help distribute the vaccine across the world. The arrangement is not only rooted in humanitarian aims, protecting lives across the world, but it also aims to ensure that a resurgence of the virus will not develop from a country without access to vaccines. However, the scheme has hit many roadblocks since it started delivering vaccinations earlier in the year.

The World Health Organization’s website defines the COVAX scheme as thus: ‘the ACT Accelerator is a ground-breaking global collaboration to accelerate the development, production, and equitable access to COVID-19 tests, treatments, and vaccines. COVAX is co-led by Gavi, the Coalition for Epidemic Preparedness Innovations (CEPI) and WHO. Its aim is to accelerate the development and manufacture of COVID-19 vaccines, and to guarantee fair and equitable access for every country in the world.’

Stating that the scheme would not only save countless lives and ensure global equitable access but also get the pandemic under control globally which will inevitably safeguard the world against the spread of the virus and help protect and restore the global economy. They state that COVAX’s offerings include: ‘doses for at least 20% of countries’ populations, diverse and actively managed portfolio of vaccines, vaccines delivered as soon as they are available, an end to the acute phase of the pandemic and the rebuilding of economies.’ Not only did the scheme help safely develop the vaccinations but it also helped to facilitate elements such as fair vaccine pricing and vaccine availability for lower income countries.

The schemes rollout hit supply and production limitations of the AstraZeneca shot (the main vaccine included in the COVAX scheme), this was then further aggravated by a hold on exports from the Serum Institute in India, due to a surge of infections in the country. According to Reuters, ‘Serum said on Wednesday it hoped to raise its monthly output of the AstraZeneca COVID-19 shot to 100 million doses by July from 60-70 million now, later than a previous timeline of end-May.’

According to The Guardian ‘the organizations that run Covax had predicted countries would receive fewer vaccines than expected after the Indian government restricted exports from its largest manufacturer in response to a catastrophic second wave there, but the figures reveal the shortfall to be severe, leaving many governments scrambling to secure doses elsewhere. Large countries such as Indonesia and Brazil have so far received about one in 10 of the Oxford/AstraZeneca doses they were expecting by May, while Bangladesh, Mexico, Myanmar and Pakistan are among those that have not received any doses of the vaccine through the program so far.’

However, some countries such as Moldova, Tuvalu, Nauru and Dominica have already received their full allocation, but the majority are still waiting on their allocation, only receiving a third or less so far. Countries such as Rwanda have received 32% and Nigeria, Kenya, Ethiopia and the Democratic Republic of the Congo only approximately 28%.

The Guardian reported that: ‘Overall, as of Wednesday this week, the program had delivered about 40.2m or 21.5% of the 187.2m doses it planned to distribute during or by the end of May. The analysis is based on data drawn from Airfinity, a life sciences analytics firm, and Unicef and Gavi, two of the organizations that are helping to run Covax.’ This has caused a major issue in countries such as Bangladesh, where their limited supply of the vaccine will shortly run out, which leaves millions facing the prospect of being unable to access their second dose – unless a re-supply is issued quickly.

A GAVI spokesperson told Reuters, “Anticipating these types of barriers is one of the reasons COVAX has sought to diversify its portfolio from the beginning… We are in conversations with other manufacturers of other candidates on supply schedules…’ Reuters continued: “we also anticipate announcing new deals for vaccines and vaccine candidates,” the spokesperson added, but gave no further details of when and with which manufacturers such deals would be agreed.