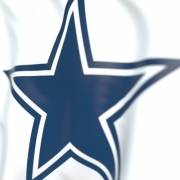 Dallas Cowboys star quarterback Dak Prescott will miss the remainder of the NFL season after suffering a horrific ankle injury during their match against the Giants last weekend.

Prescott was carried off the pitch in tears in the third quarter and it was later revealed that the 27-year-old suffered a compound fracture and dislocation to his right ankle. Players of both teams were visibly upset at the distressing scenes and the quarterback has received an outpour of love and well-wishes from all corners of the sporting world and beyond.

Former Bengals quarterback Andy Dalton took over for the injured Prescott with the Cowboys a point up and will likely remain captain of the offense for the remainder of the season. Dalton played impressively and eventually guided Dallas to a 37-34 victory that took the franchise to 2-3 and top of the NFC East.

“I’ll be back stronger and better. Thank you all. I can’t thank you enough for all your love, your support, your prayers over the last few days,” Prescott said on Instagram in his first public message since suffering the injury.

“They’ve been more than overwhelming, from teammates to family to friends, to fans I don’t know, to former and current players around the league and players around all sport. I just wanted to say thank you.

“They’re definitely appreciated and received well, so just knowing that I have that much love and support out there makes a huge difference.

“I’m in great spirits. Headed to see the doctor, headed to see my leg for the first time post-surgery. So, just ready to start this road to comeback. I know this little adversity is just going to be another chapter in the book. I’m excited to move forward and write it.”

Because Prescott is on a franchise tag, which means he has no contract signed with the Cowboys beyond this season, this has raised concerns that the long-term injury will impact on his ability to sign a long-term deal with the Cowboys, or at least that it will affect the monetary value of one.

Despite a poor start to the season overall for the Cowboys, Prescott has continued to perform at an elite level and had amassed 1,856 yards and nine touchdowns, as well as three rushing scores, before being carted off in the third quarter against the Giants.

The problem so far this year for the Cowboys has been their defense, which ranks amongst the lowest in the league and gave up 126 points in a three-game stretch against the Falcons, Seahawks and Browns.

The Cowboy’s poor start to the season and Prescott’s long-term injury will not impact on the team’s decision on a contract offer for the team leader beyond this year.

“I was just so sorry for the circumstances,” Cowboys owner Jerry Jones said during a Tuesday appearance on 105.3 The Fan last week.

“We’ve got to be reminded that to have a team, we’ve got to really manage how we dole out our resources,” Jones said. “Dak is deserving of anything that you want to put on a piece of paper, relatively speaking. He’s deserving of that. If you evaluate what he can do to help us win championships, you can see that it’s there. Plus, he’s a leader at the premier leader spot.

We’ve got to make it work. So what am I saying? I’m saying exactly the same thing I said the last time I was asked about this before the season started. This is part of the game, the business and the contract part.”

Dalton will be even deeper in the national spotlight this week as he prepares to face the Arizona Cardinals on Monday Night Football. Luckily for Dalton and the Cowboys, the NFC East is looking extremely weak this year so a playoff berth should be within reach even with a leaky defense and franchise quarterback on the sidelines.

“If you look ahead, he should be ready to go for our spring work – the latter part of the spring work,” Jones said. “But knowing Dak – and that’s a big part of this thing – knowing Dak and his makeup, he’ll be back out there soon.

“Physically, I’m told by the doctors by our own experience of seeing this injury, physically there should be no problem with him being back out there in early May or April,” Jones said.

“Dak is deserving of anything you want to put on a piece of paper, relatively speaking,” he said. “He’s deserving of that, and he’s, if you evaluate what he can do to help us win championships, you can see that it’s there.”