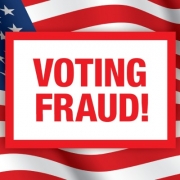 Just hours into Election Day, President Trump was already claiming corruption due to voter fraud and ordering his lawyers to file multiple lawsuits in various directions. Post-election litigation is common as Election Day issues such as equipment malfunctions are resolved, but legal experts say most of Trump’s lawsuits are for diversionary reasons and hold little legal basis.

The Trump administration has promised to bring the result of the election to the supreme court, where Trump has a 6-3 majority, if the president is not re-elected. Suits have also been filed in a bid to immediately stop the counting of votes in several swing states, while others have been filed to request recounts elsewhere.

“The more desperate he may become, the more baseless allegations there are about the ways in which states count ballots, about our democratic process and his own authority over this process,” Vanita Gupta, president and CEO of the Leadership Conference on Civil and Human Rights, said.

“Americans should be confident that their votes will be counted but be careful of Trump and his history of voting disinformation,” she added.

As of yet, there is little evidence that the legal challenges from Trump and his team will have any effect on the final result of the election. However, there are fears over how the public will respond to the litigation, with Trump’s strong claims of fraud in just one key battleground state potentially causing mass doubt over the legitimacy of the entire election.

“Claiming you win the election is different from finishing the counting, and what we’re going to see in the next few days, both in the Senate races and the presidential race, is each state will ultimately get to a final outcome and you should not be shocked that both sides are going to have lawyers there,” the newly re-elected Senate majority leader, Mitch McConnell, said.

Attention to the post-election litigation has been unlike that in most previous elections, mainly because of Trump’s constant suggestions that it would be mired in voter fraud. In the months leading up to the election, Trump has repeatedly falsely claimed that mail-in voting is disproportionately susceptible to fraud and accused authorities such as the United States Postal Service of conspiring against him.

Now, because mail votes were counted last in many states and Democrats disproportionately voted via that method, Trump took a big lead in many states but found these leads disappearing when the mail-in votes were counted. Trump has used this to stoke up anger in his supporters and they responded in kind, taking to a number of polling stations to protest; in some states they sang ‘stop the counting’, while in others it was ‘count those votes’.

“We always knew Trump would claim without evidence that fraud cost him the election,” University of California professor Richard Hasen wrote. “These suits let him pile up what might appear to some supporters as evidence but are actually unsupported assertions of illegality.”

“It could be a misguided sense that this sort of litigation will cast enough doubt on the election process that it somehow ends up in a declaration by the courts that undoes the will of the people (in the event that the count doesn’t go his way),” he added. “I think there are a lot of missing steps between filing a lawsuit and that final declaration.”

For one of these routine cases to affect the outcome of the election, the ballots being contested would need to be both (a) big enough in number to determine the state’s result (for example, a suit which concerns 50,000 votes in a state a candidate won by 30,000 votes) and (b) in a state decisive for the election result.

“Good evening. I’d like to provide the American people with an update on our efforts to protect the integrity of our very important 2020 election. If you count the legal votes, I easily win,” Trump said during a press conference.

“There are lots of litigation, even beyond our litigation. There’s a tremendous amount of litigation generally because of how unfair this process was, and I predicted that. I’ve been talking about mail-in voting for a long time. It’s really destroyed our system. It’s a corrupt system and it makes people corrupt, even if they aren’t by nature, but they become corrupt. It’s too easy. They want to find out how many votes they need, and then they seem to be able to find them. They wait and wait, and then they find them, and you see that on Election Night.”