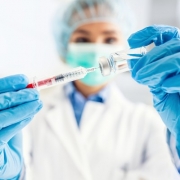 The US Food and Drug Administration have released new guidance for vaccine manufacturers, in which the agency suggested that two months of safety data be gathered before emergency use authorization is sought.

This would scupper President Trump’s efforts and desire to have a vaccine released by Election Day on November 3. The CEO of Pfizer recently hinted that his company may be ready to apply for emergency use authorization by the end of October, suggesting that the pharmaceutical firms manufacturing the vaccines were either unaware of the FDA’s proposed two months of data, or that they did not take their previous suggestions seriously.

The new guidance for vaccine manufacturers and those working in the industry covers the processes needing to be undertaken before applications for emergency use authorization can be made. It is suggested that at least two full months of safety data should be obtained after vaccinating the volunteers before asking the FDA to give the vaccine emergency use authorization.

“Data from Phase 3 studies should include a median follow-up duration of at least two months after completion of the full vaccination regimen to help provide adequate information to assess a vaccine’s benefit-risk profile, including: adverse events; cases of severe COVID-19 disease among study subjects; and cases of COVID-19 occurring during the timeframe when adaptive (rather than innate) and memory immune responses to the vaccine would be responsible for a protective effect,” the FDA said in the guidance.

The FDA has laid out similar plans in documents ready for a meeting for vaccine advisers due to take place on October 22. During the meeting, representatives from the FDA and the vaccine manufacturers will discuss and potentially decide upon the final requirements that will need to be met before either a full biologics license application or emergency use authorization for a coronavirus is approved.

“We’ve made it clear that we want to see a median of about two months of follow up for any of the vaccines that come in, and while it would be nice to have much more, we have to balance the safety we get upfront with the need to try to save lives with a vaccine that’s helping to prevent a virus that’s killing 1,000 or more people a day in the United States,” said Dr. Peter Marks, director of the Center for Biologics Evaluation and Research, in a YouTube interview with the Journal of the American Medical Association last week.

After the second dose is administered, the researchers testing the vaccines wait to see how many of the participants eventually test positive for the virus, as well as the amount becoming infected compared to those just injected with a placebo. The FDA is also keen to study the volunteers for as long a period as possible after the second dose has been given to ensure that no unexpected side effects are reported.

At this point, these are only suggestions from the FDA, who say they wish to speak with manufacturers individually to ascertain the necessary measures to release the vaccine, rather than enforce strict rules that absolutely must be adhered to by all.

“I have emergency use authorization, all set, and we got to get it signed now, and you’re going to get better. You’re going to get better, really fast. This is things that nobody even thought of a few months ago. The job that the scientists, the labs, everybody has done is incredible,” President Trump said on October 8 during a video posted on Twitter while he was in hospital suffering from the coronavirus.

“But on the vaccines, we have many companies that are in final stages for the vaccines, Johnson & Johnson. Moderna, Pfizer, all great companies, but many of them, and we’re going to have a great vaccine very, very shortly. I think we should have it before the election, but frankly, the politics gets involved and that’s okay, they want to play their games. It’s going to be right after the election, but we did it. Nobody else, nobody else would have been able to do it.

“The FDA has acted as quickly as they’ve ever acted in history. There’s never been a time and no president has ever pushed him like I pushed them either, to be honest with you. But the FDA is approving things in a matter of weeks that used to take a matter of years. So we have these drugs, Eli Lilly, and the others that are so good.”