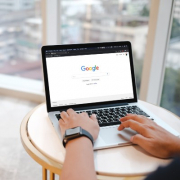 This week Google suffered a worldwide outage, with users reporting failures across the company’s full range of services, including Gmail, Google Calendar and YouTube. At around 7AM Eastern on Monday, reports of outages started filtering through and soon most of Google’s services were unavailable.

Although the problems were being experienced universally around the world, Google’s automated systems failed to report any problems with their services for the first 30 minutes of the outage, across both consumer-facing tools and cloud tools for developers.

“We’re aware of a problem affecting a majority of users. The affected users are unable to access [Google services],” the company said in update.

The outage was caused by a failure in the company’s authentication tools, a Google spokesperson said, which manage how users log in to services run by both Google and third-party developers.

“Today, at 3.47am PT, Google experienced an authentication system outage for approximately 45 minutes due to an internal storage quota issue,” a spokesperson said.

“Services requiring users to log in experienced high error rates during this period. The authentication system issue was resolved at 4:32am PT. All services are now restored. We apologise to everyone affected, and we will conduct a thorough follow-up review to ensure this problem cannot recur in the future.”

“Please rest assured that system reliability is a top priority at Google, and we are making continuous improvements to make our systems better,” they said.

According to the spokesperson, the cause of the error was the company’s internal tools failing to allocate enough storage space to the services that handle authentication. The storage filled up, which meant the system should have automatically made more available. When it failed to do this, the system crashed, similarly to a desktop computer doing so when it tries to operate with a full hard drive.

This failure meant that Google services that do not work without logging in, such as Gmail and Google Calendar, were completely unavailable. Users of third-party services that use Google’s authentication platform that were already logged in were able to continue uninterrupted, but these services failed when users attempted to sign in or out.

YouTube failed entirely for users who were already signed in using a Google account, but the site could be accessed in a ‘private browsing’ window in order to view the signed-out version of the video sharing platform, which continued to work with no interruptions.

Google’s outage was perhaps felt most by those in the workplace. Google Suite manages email communication, intra-office messaging and actual work through Google Docs, Sheets and Slides and was one of the services affected by the interruption.

Many companies and workers rely on Slack, a Salesforce-owned messaging app, for their professional communication and those that do were only able to utilize the service if already logged in at the time of the outage.

Those working at home were also affected, as Google’s Smart Home services suffered disruption from the outage, too. Google Home smart speakers, Nest thermostats and other smart devices such as smoke alarms continue to operate in a fail-safe mode, but users are unable to access their services through mobile devices, meaning settings such as temperature and turning the lights on or off could not be changed.

“People are sat in the dark unable to turn on their lights controlled by Google Home, my last two meetings have been unable to use the planned slides as they are stored in Google Slides. Our dependency on technology has grown so much, but the amount spent on reliability, testing and quality hasn’t grown in parallel. Many companies will be reviewing their [agreements] with Google today and realizing their business is dependent on a stack completely outside of their control,” Adam Leon Smith, a fellow of BCS, the Chartered Institute for IT, said.

Following the outage, security expert Will Geddes warned the issue could have proved a major data breach – a worrying prospect given the vast numbers of businesses who use Google and its services for confidential data.

He said on Sky News: “The sky is the limit in terms of what data they could have stolen.

“It could be to download servers from Gmail accounts, credentials to log in and the contents of those emails. It could be sabotage to take certain divisions or federal organisations out. It could be to try to extract information and then hold it to ransom. Take your pick, it is as big as it gets.”

Amazon suffered a similar outage in late November that had a large effect on US companies, as well as the US public in general. The company’s Virginia data centre failed for over an hour and a half, meaning Amazon itself was unavailable for most American users, as well as many other services and websites that rely on AWS, the company’s cloud computing arm.