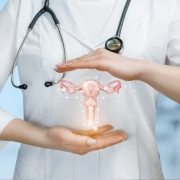 Women in Virginia have breathed a sigh of relief to hear that ‘greedy’ gynecologist Javaid Perwaiz, 70, has finally been brought to trial following accusations that he was part of a fraud scheme worth around $1 million that saw patients undergoing unnecessary treatments including hysterectomies, sterilization and even being induced.

The fraud has seen Perwaiz face 61 counts of health care fraud that allegedly saw him invoice over $2.3 million to insurance companies in a scheme that lasted over nine years.

According to prosecutors, Perwaiz pressured patients into having major surgeries that were not required in an attempt to gain money from the insurers. He has also been accused of falsifying records.

Jurors were told by Assistant US Attorney Rebecca Gantt that many women – and their unborn babies – had been placed in danger so that the doctor could continue to live a ‘lavish lifestyle.’

At the time of his arrest Perwaiz owned four Mercedes-Benz vehicles and a Bentley and, according to a 2016 loan application, has ‘Gold/Art’ worth around $200,000 in his property.

It is believed that at least 36 women had been duped as part of his scheme with Gantt claiming that Perwaiz would convince patients they were precancerous and that they would need surgery.

Furthermore, employees at Perwaiz’s Chesapeake clinic were told they had to fast track the patients so they had little time to change their minds.

Speaking to the court Gantt said, “He pushed patients to have irreversible surgeries they did not need. He tricked his patients into having a hysterectomy.”

Evidence has been produced throughout opening statements including a consent form dated July 2016 that gave Perwaiz permission to sterilize a woman. Although the woman named on the form had signed the form it is claimed that Perwaiz forged the date to look like it had been signed in June, therefore complying with Medicaid rules that state consent has to be given 30 days before any procedure is carried out.

Because of Perwaiz’s alteration the procedure was performed a mere five days after the form had been signed.

Further charges have seen Perwaiz accused of billing insurance companies for procedures that did not happen, allowing him to receive thousands of dollars in payments.

According to Gantt, there was evidence that some of the hysteroscopies that had been billed for – a procedure to view the uterus – could not have happened as his machine was damaged and could not be used.

It is also claimed that the doctor would charge for colposcopy procedures, often confirming that there were abnormal findings. Many of these diagnoses would be during periods where he did not have the specific solution required to do the procedures.

The jury was told that, “this is a case about broken trust, manipulation and greed.”

Although Perwaiz has always maintained his innocence since his arrest in November 2019 https://www.nytimes.com/2019/11/11/us/javaid-perwaiz-hysterectomies-fallopian-tubes.html, he has remained in custody for the last eleven months.

During his own opening statements, Perwaiz’s attorney – Lawrence Woodward Jr. – said that the doctor was dedicated to his profession and had many supporters throughout his forty-year career saying, “they’re bringing to you 25 or 30 cases out of tens of thousands. Many patients were with him for years, even decades, after the surgeries.”

Woodward continued, “He is the hardest working doctor you ever saw.”

In reference to the claim that Perwaiz would frighten patients to have unnecessary procedures by mentioning cancer Woodward said, “Dr Perwaiz doesn’t make cancer scary. Cancer is scary”.

When news of Perwaiz’s arrest was made public many patients descended on his office wanting to see their own medical records. Prosecutors claim they had a further 173 women contact them, all reporting the same experiences and many saying they were told to have surgeries that they never asked for.

Perwaiz is accused of performing unrequired procedures, either without their permission and in some cases their knowledge, for some time.

One instance accuses the doctor of dealing with a patient who had self-diagnosed endometriosis.

Perwaiz has been accused of performing surgeries on the patient each year, however when she visited a fertility specialist in 2014 she was informed that ‘both fallopian tubes were burnt down to nubs’ and therefore leaving her unable to conceive naturally.

According to the arrest warrant affidavit, written by FBI agent Desiree Maxwell, ‘Perwaiz had removed J.L’s fallopian tubes without her knowledge or consent’.

The affidavit also describes how another patient was told she had an abnormal Pap smear and was advised by Perwaiz to have a hysterectomy. The patient refused and consented to have her ovaries removed instead.

When she came round after her surgery she was ‘shocked’ to find out that not only had Perwaiz carried out a complete abdominal hysterectomy, he had also perforated her bladder, leaving the patient to develop sepsis and remain in hospital for a further six days.

In September 2018 a hospital employee believed that Perwaiz was carrying out treatments that were not needed and so tipped off the FBI.