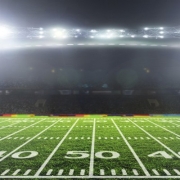 After a winless start to the season, the Houston Texans have made the decision to relieve head coach and general manager Bill O’Brien of all his duties. 73-year-old associate head coach Romeo Crennel will take over in an interim capacity.

NFL Network insider Ian Rapoport has reported that a rift has emerged in recent times between O’Brien and Jack Easterby, the Texan’s vice president of football operations, ultimately leading to the departure of O’Brien.

“After the Viking game, I just really felt it was the right thing to do,” Texans Chairman and CEO Cal McNair said on Texans Radio. “With 12 games left, the season isn’t over. If you divide the season up into quarters, we’ve just played the first quarter and it’s time to go out there and focus on one game at a time. And then we made the change. I really believe in our players.

We have really good players. We have seen that in spurts in games. We’ve seen a number of good drives by the offense and a number of good stops by the defense and we just got to put those together and go find a way to win the game. And I really believe we can do that.”

“We will go forward in that way and we turn in our list of contacts to the league and so people will know who to call,” McNair said. “They already know who to call because it’s fairly a close-knit bunch and people know who to call to do certain things. But we do turn in our list to the league and we will start a search for the head coach and the GM on a permanent basis. At that time, Jack will switch back to the job he had before, which is in football ops. I’ve actually started a conversation with the search firm.”

O’Brien has been under fire from Texans fans and the wider football cognoscenti at least since his decision to trade away star wide receiver DeAndre Hopkins this past off-season. O’Brien facilitated the move in a bid to gain more draft capital, after the trade for tackle Laremy Tunsil cost them their first two picks in the 2021 draft. The Texans also received running back David Johnson in the trade, but the risky move has yet to bear fruit, with the Texans sitting winless after four games with the least rushing yards in the league and having failed to score more than 23 points in any of its games.

“We did a lot of good things here but we didn’t do enough,” O’Brien told reporters. “We didn’t bring a Super Bowl to Houston which I believe eventually someone will. I think this is a championship team that needs to get things turned around right now but I believe in this team.”

“I think that’s probably something I really don’t wanna get into,” O’Brien said when asked if he thought the addition of personnel duties contributed to his demise. “I think, at the end of the day, I tried to do always, every day what was best for the organization, what was asked of me, I really did. Did we make mistakes? Obviously, we made mistakes. I mean, I don’t think anybody’s perfect but we worked very hard to field a competitive team. We had a competitive team for years here. I think this is a competitive team but obviously you got to win games to be really, really considered that way and we hadn’t gotten it done.”

The timing may be regarded as harsh by some as the Texans are coming off possibly the hardest start to the season of any team. Week one and two saw them face first the Super Bowl MVP (Patrick Mahomes) and then regular season MVP (Lamar Jackson), before losing by one possession to the Steelers and Vikings. However, others would argue that the writing has been on the wall for a while, partly due to O’Brien’s abrasive personality and partly due to high-profile trade mistakes.

“I appreciate what Bill did here. I’m very thankful for what Bill did. You’re trying to get me to go down the road here. We won four division titles in six years. The one thing that I would say about Bill O’Brien is he always stood up for his players,” Texans defensive end JJ Watt said when asked about O’Brien’s departure.

“I’ve been in meetings with him and things like that, and off the field, certainly he’d try to do whatever possible to support his players and give his players the absolute best support. And I truly believe that he always did what he believed was best for this football team.

“So I don’t have ill will at all. So no. But I do look forward to a fresh start. I do think there’s an energy and excitement and we’re looking forward to going out and getting a win.”

US Covid-19 Cases Surging As Indoor Gatherings And Travel Increases Throughout...
Scroll to top