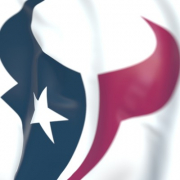 Star quarterback Deshaun Watson has officially requested to be traded away from the Houston Texans, per NFL Network’s Ian Rapoport. The 25-year-old 2017 first round pick signed a four-year contract extension worth $177.5 million with the franchise last summer.

Reports have surfaced since the end of the NFL’s regular season that Watson has grown increasingly frustrated with the organization after owner Cal McNair failed to consult with him over the appointment of a new general manager, despite promising to do so.

The Texans eventually hired Nick Caserio, who had been with the New England Patriots in various roles since 2001.

“So before we take some questions, which I’m sure there’s a few out there, I just want to address a couple things here quickly before we get started. So organizationally, just want to reiterate our commitment to Deshaun Watson,” Houston Texans general manager Nick Caserio told reporters at new head coach David Culley’s opening press conference.

According to ESPN’s Chris Mortenson, Watson was not only displeased with how his wishes were ignored in the general manager/head coach hiring process, but also about what he perceives as the Texans’ insensitivity to social justice.

The search firm hired by Texans owner Cal McNair recommended two minority candidates for the general manager role. Electing not to interview the highly rated Eric Bienemy, McNair instead chose to hire a white man who had not been recommended and did not even tell his quarterback Watson of the decision, leaving the Pro Bowl signal caller to find out via social media.

“The best way that you handle relationships is to communicate and be honest and be forthright, and we’re going to do that with everybody that’s in this building, from equipment to training staff to coaching staff to personnel to players. And this is kind of the initial stages of our program,” Caserio said when asked how he and Culley planned to salvage the relationship with Watson.

The Watson-Texans issue is almost unprecedented in NFL history because of Watson’s age, talent and strong desire to leave. Naturally, a large trade haul would be required for the Texans to move on from Watson and there are not too many franchises in a position to offer enough capital.

Potential destinations, however, include the New York Jets and Miami Dolphins. According to the Miami Herald, these two are Watson’s preferred landing spots. The Jets have Darnold and the second overall pick in this year’s draft to include in a deal, while the Dolphins have Tua and a myriad of early picks, owing to previous dealings with Houston.

“When you’re in a position, organizationally, there’s a million decisions you have to make on a daily basis. So is there going to be a number of things that come up? I would say today, moving forward,” Caserio continued when asked of the importance on getting the decision on Watson correct.

How CBD Has Changed The Way We Look At Cannabis And Improving Our Health | Casco...