Blog - Latest News
You are here: Home1 / News2 / Science News3 / If Only 3% of Worlds Eco Systems Remain Undisturbed, How Can We Fix It... 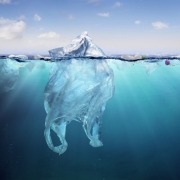 The researchers looked to three areas of intactness – habitat intactness (the degree to which human activity has affected the land), faunal intactness (loss of animal species) and functional intactness, which measures if the remaining species are able to keep the ecosystem healthy.

Writing that: “While wilderness areas are increasingly recognized as important for biodiversity conservation, few areas of the world remain that can be characterized as having outstanding ecological integrity… We found that only 2.8% of the terrestrial surface of the planet is represented in areas of 10,000 km2 or larger with low human footprint, no known species loss and no species known to be reduced below functional densities.”

Dr. Andrew Plumptre from the Key Biodiversity Areas Secretariat in Cambridge, UK and the lead author of the study, stated: “Much of what we consider as intact habitat is missing species that have been hunted [and poached] by people, or lost because of invasive species or disease… It’s fairly scary, because it shows how unique places like the Serengeti are, which actually have functioning and fully intact ecosystems. “We’re in the UN decade of ecosystem restoration now, but it is focusing on degraded habitat… Let’s also think about restoring species so that we can try and build up these areas where we’ve got ecologically intact ecosystems.”

“It might be possible to increase the ecological intact area back to up to 20% through the targeted reintroductions of species that have been lost in areas where human impact is still low, provided the threats to their survival can be addressed,” Plumptre stated, referencing the successful reintroduction of wolves into Yellowstone national park in the US which had a transformative effect on the eco-system. It is no secret that the course of humanity has had a devastating effect on the natural environment, much of the world’s natural landscape having been affected by human interference and often, damage. A new study has now found that only 3% of the world’s natural eco-systems are still intact, a figure much lower than previously surmised.

The research was recently published in the journal Frontiers in Forests and Global Change, who suggested that ‘conservation efforts should target the few remaining areas of the world that represent outstanding examples of ecological integrity and aim to restore ecological integrity to a much broader area of the world with intact habitat and minimal species loss while this is still possible.’ Only 11 percent of the areas identified are within existing protected areas, the study noting that; “many of the areas identified as ecologically intact coincide with territories managed by indigenous communities, who have played a vital role in maintaining the ecological integrity of these areas.”

The result has been that many species, whether mammals, insects, flora or fauna have deteriorated in population. Eco systems are hugely interconnected and interactive system of living and non-living organisms serving the ‘circle of life’ in a specific location, when one population of species is affected it can have a knock-on effect to the other entities surviving on said species.

Therefore, the destruction, breakdown and loss of eco-systems can begin from what seems a relatively small change, but has an even bigger effect. Over hunting or fishing, deforestation, climate change, pesticides or fertilizers are all examples of the many elements that can contribute to an ecosystems decline – and is not only animals that rely on these systems, but humans too.

Previous studies based estimations on satellite research and surmised that between 20 and 40 percent of Earth’s species and eco-systems remained undisturbed by humans. However, sadly, this recent study combined evidence from a series of tests finding that the true figure was very different.

Revealing that the 3% of habitats which remain unspoiled and untouched by human activity are mainly in parts of the Amazon and Congo tropical forests, east Siberian and northern Canadian forests and tundra and the Sahara. There are no untouched areas of Australia left, as ‘alien species’ such as cats, foxes, rabbits, goats and camels have impacted native species in the country.

The Guardian wrote: ‘However, the scientists behind the new study argue that forests, savannah and tundra can appear intact from above but that, on the ground, vital species are missing. Elephants, for example, spread seeds and create important clearings in forests, while wolves can control populations of deer and elk.

The new assessment combines maps of human damage to habitat with maps showing where animals have disappeared from their original ranges or are too few in number to maintain a healthy ecosystem. Some scientists said the new analysis underestimates the intact areas, because the ranges of animals centuries ago are poorly known and the new maps do not take account of the impacts of the climate crisis, which is changing the ranges of species.’