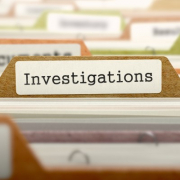 Investigators have identified Anthony Quinn Warner, 63, as the man responsible for the Christmas Day bombing in Nashville after his remains were found at the scene. Investigations still continue, however, as authorities seek to ascertain the motives behind Warner’s actions.

Donald Cochran, US attorney for the Middle District of Tennessee, said: “We’ve come to the conclusion that an individual named Anthony Warner is the bomber and he was present when the bomb went off and that he perished in the bombing.”

Hundreds of tips and leads have been submitted to various law enforcement agencies in the few days since the bombing but so far officials have not been able to provide substantial information on what may have driven Warner to set off the explosion. Various agency officials have stated that he had not been on anybody’s radar before the Christmas day incident and a TBI records report released on Monday revealed that Warner’s only arrest was for a marijuana-related charge in the 1970s.

At around 06:00 local time in an area of Nashville known for its restaurants and nightlife, police responded to reports of gunshots and soon discovered a camper van that was broadcasting a warning message to leave the area.

Police also say that the van was broadcasting the 1964 hit song Downtown by British singer Petula Clark and a warning of an imminent explosion. Officers set to work on evacuating the area and a few minutes later the van exploded, causing mass destruction and injuring a few nearby civilians. Warner himself is the only person known to have died.

The director of the Tennessee Bureau of Investigation David Rausch told NBC that it looked like “the intent was more destruction than death”.

“The audio from the vehicle warning people that an explosion was imminent, the opportunity to clear the area, certainly gives you that insight that the top possibility was that he had no intention of harming anyone but himself,” Rausch said.

“We hope to get an answer. Sometimes, it’s just not possible,” Rausch continued. “The best way to find motive is to talk to the individual. We will not be able to do that in this case.”

According to the Tennessean, Warner was raised in the Nashville neighborhood of Antioch and graduated from the Antioch high school. Warner went on to put roots down in the area, according to the newspaper, and would later become a computer analyst. During his time at high school, Warner was on the golf team. Charlie Bozman, who oversaw the school’s golf team when Warner was a student, described him as ‘quiet, polite, and I don’t like to use the term, but quite frankly nerdish.’

Jason Pack, a special agent with the FBI, said the investigation into a motive was still “in the early stages”.

“FBI and ATF agents are still collecting evidence from the scene and conducting numerous interviews, which our team will need to analyze. It’s a time-consuming process which could take several weeks,” Pack said.

It was reported by the Associated Press that Rick Laude, a neighbor of Warner’s, saw him standing at his mailbox less than a week before Christmas and pulled over in his car to talk. After asking how Warner’s elderly mother was doing, Laude said he casually asked, “Is Santa going to bring you anything good for Christmas?”

Warner smiled and said, “Oh, yeah, Nashville and the world is never going to forget me,” Laude recalled.

Laude said he had not thought much of the remark and thought Warner only meant that “something good” was going to happen for him financially.

“Nothing about this guy raised any red flags,” Laude said. “He was just quiet.”

Others familiar with Warner told The Washington Post that Warner was a lonely “oddball” who often was spotted fiddling with antennas in his yard. His house was apparently covered in “No trespassing” signs, spotlights and security cameras.

Steve Fridrich, president of Fridrich & Clark Realty in Nashville, who hired Warner to fix computers about once a month, told Nashville’s News4 that Warner was a “nice guy”. Warner told Mr Fridrich in an email on 5 December that he was retiring.

“He’s a techie guy, I don’t mean that as negative it’s just, he kind of did his thing, he’d come in, do it, and leave. And the guy we know was a nice guy. I cannot imagine that that’s what he would do,” Mr. Fridrich said about the explosion.

Earlier on Sunday, the officers who responded provided harrowing details, at times getting choked up reliving the moments that led up to the blast.

“This is going to tie us together forever, for the rest of my life,” said Metro Nashville police officer James Wells, who suffered some hearing loss due to the explosion, to reporters at a news conference. “Christmas will never be the same.”

Sia Claims ‘Nepotism’ Is Why She Cast Maddie Ziegler Over Autistic Actor...
Scroll to top