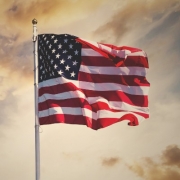 The vice president spoke about the administration’s infrastructure package, Biden’s top legislative priority, and what it specifically would do for infrastructure jobs, water infrastructure, child and home care businesses, broadband and job training.

The 56-year-old called the plan ‘a once in a lifetime, once in a generation investment in America’s infrastructure — in America’s future. It is what the American people deserve.’

Harris also added that the plan “is not just about fixing what has been. It is about building what can be.”

Since information about the American Jobs Plan was announced, Harris has become increasingly involved in promoting the infrastructure proposal, which is currently being considered by Congress. The vice president has taken part in meetings with the Congressional Black Caucus, as well as with members of Congress from each party to discuss the plan.

After her speech in North Carolina, Harris will, according to the White House, continue to travel the country in order to ‘promote the plan in the weeks to come’. Harris served a similar outreach role when promoting passage of the American Rescue Plan.

Harris’ speech came on the same day Biden hosted his second bipartisan gathering in as many weeks in the Oval Office.

It comes as the White House launches a large legislative outreach effort to sway what it sees as crucial members of Congress to buy into the proposal. Republicans have not yet reached consensus on a potential counter proposal with a lower price tag, however, and no comprehensive GOP plan has yet been released.

“On January 20th, just hours after President Joe Biden and I took the oath of office, I stood in front of the Lincoln Memorial that evening, and I talked about what I call American aspiration,” Harris continued her speech.

“I talked about how in America, we not only dream, we do. We not only see what has been, we see what can be. We shoot for the moon and then we plant our flag on it. And now we are already 90 days into our administration and folks, we have seen American aspiration at work.

“We set a goal to get 100 million shots in arms in 100 days. And through the innovation of scientists, the hard work of manufacturers and the determination of the American people, we will soon pass 200 million.

“So that is what the American Jobs Plan is all about. It’s a once in a lifetime, once in a generation investment in America’s infrastructure, in America’s future. It is what the American people deserve. It will keep our nation competitive, it will build up our nation’s communities, and it will put our nation back to work. As nearly 10 million Americans remain unemployed,” Harris continued.

“Over the years, folks here in Greensboro has shown me around their hometown with great pride about where they’re from. And we’ve seen this around the country. Too often, though, opportunity knocks from far away and their children grow up and have to move away. But that should be a choice, not a necessity and that’s why we want to bring opportunity closer to home. Through our American Jobs Plan, a pipe fitter in Chicago could get a good job replacing lead pipes in their own city. An electrician in Helena could get a good job laying broadband lines a few towns over. A forklift operator right here in Greensboro could get a good job fixing the road they drive on every day.”