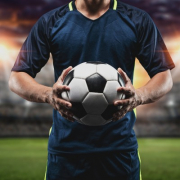 Soccer icon Gerard Houllier has died at the age of 73. The Frenchman had successful spells managing Liverpool, Lens, Lyon and the French national team and boasts an impressive trophy haul throughout his career.

In a statement, Liverpool said they were “deeply saddened” by Houllier’s death.

“We are mourning the passing of our treble-winning manager, Gerard Houllier,” the club said. “The thoughts of everyone at Liverpool Football Club are with Gerard’s family and many friends.”

Aston Villa said: “All at Aston Villa are deeply saddened to learn of the passing of Gerard Houllier, our manager during the 2010-11 season. Our thoughts are with Gerard’s loved ones at this incredibly difficult time.”

Houllier managed Liverpool from 1998-2004 and led the Merseyside club to five major trophies, including a remarkable season in 2000-2001 in which the team won the FA Cup, League Cup and Uefa Cup. Before joining Liverpool, Houllier managed Lens, Paris St-Germain and the French national team, and after leaving the Reds Houllier returned to France to win two domestic titles with Lyon.

Houllier’s last job was in England with Aston Villa, but the former France manager left after nine months in 2011 after suffering health issues.

“I’ve got an awful lot to thank the man for and I’m finding it really hard to come to terms with it right now,” Steven Gerrard, Liverpool legend and current Rangers manager said. “The news was very difficult to take. It’s a huge blow. I came in to work yesterday morning really happy after our result at the weekend and then to receive that news was a bitter blow.”

Gerrard was given his Liverpool debut by Houllier in November 1998, five months after the former France head coach arrived at Liverpool, while Gerrard’s assistant Gary McAllister was signed from Coventry City two years later and was once described by Houllier as his “most inspirational” Liverpool signing. “

“Gérard obviously played a huge part in both our careers and also our lives,” Gerrard said. “He was more than just a manager. A caring man, a loving man.

“Throughout your career, different people look after you and shape you. I always try and take all the best bits from all the coaches and managers I worked with. It’s impossible for me add the charisma, the care and the love that Gérard carried.

“This is not a guy who would focus solely on football and what you gave to him in terms of the relationship player-to-manager. This was someone who, at my age, wanted to change me as a human being into an elite professional, who wanted me to be a better person, who wanted me to really understand the tactics and the game in a different way and become an even better player and build all the other stuff around the talent I had at that age. I’ll never forget that.”

Houllier rose to prominence in France in the 1980s following spells at Lens and Paris St Germain before taking charge of the national side in 1992. Under Houllier’s guidance, ‘Les Bleus’ failed to qualify for the 1994 World Cup, a failure the manager blamed on winger David Ginola and a failed cross. Houllier resigned from the role soon after.

Current Liverpool boss Jurgen Klopp said Houllier deserved his status as a “true legend” at Liverpool. “He texted me a lot,” said Klopp. “A very, very supportive man, a great, great coach and an even better human being. Very warm personality.

“What he would have loved to see, 100%, was our new training ground. As you know, he was very influential in the rebuild and modernising of Melwood, and during the construction work here we were in contact, and he asked me how it will be. He would have loved to see it. Sadly, he cannot – or not from here at least. Tomorrow night, I’m pretty sure our supporters will pay tribute in an appropriate way.”

Houllier spent most of his career leading teams as a manager but after retiring found himself moving to the boardroom. The former Liverpool manager became director of football at women’s soccer team Lyon Feminine and had a big passion for the women’s game.

“It’s been well documented his contribution to the women’s game,” Chelsea manager Emma Hayes said ahead of Wednesday’s match against Benfica in the Champions League.

“I know he was a big fan of the women’s game. His contributions and his technical insight’s for Lyon I’m sure have provided a lot for them and he deserves all of the respect from all of us for his contributions.

“What a wonderful man he was. Reading some of the statements of players who played for him shows some of the things you need to have to do this job.

“He’s the only Frenchman I know who had a British sense of humour. These are just good memories that I keep and that I will keep of him.”