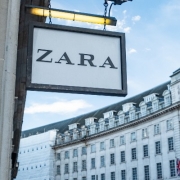 Economies across the world are continuing to suffer thanks to the continuing health crisis that is sweeping the globe with many countries experiencing a second wave in a time when they had been hoping for some respite.

And the case is the same in the UK. Following on from an announcement from retailer Next that traditional retail jobs may be lost thanks to the current climate, an announcement made by Edinburgh Woollen Mill has confirmed that around 24,000 British jobs could be at risk after they had been forced to call in administrators in an attempt to save what business they have left.

The company who owns clothing brands Jaeger and Peacocks as well as Austin Reed and Bonmarché have described the current trading conditions as ‘brutal’ and have been researching every avenue as to how they can save both their business and jobs.

Steve Simpson, chief executive of the company confirmed the announcement stating, “Like every retailer, we have found the past seven months extremely difficult.”

Although the business is under review the retail outlets will be able to continue to trade until a final decision has been made.

The organization currently has 1,100 stores between all four of their brands and is currently owned by billionaire businessman Philip Day who, according to the Sunday Times Rich List, is worth around £1.14 billion ($1.48bn).

This is the second time this year that Bonmarché could be facing administration after Mr Day bought them out of it in February. The deal upset many, as Mr Day had previously owned the business and many suppliers and landlords were required to write off some of its debts.

The notice to appoint administrators was filed due to “the harsh trading conditions caused by the impact of the Covid-19 pandemic” and Mr. Simpson explained the move by saying, “through this process I hope and believe we will be able to secure the best future for our businesses, but there will inevitably be significant cuts and closures as we work our way through this.”

A spokesperson for FRP, appointed to review the business, said “Our team is working with the directors of a number of the Edinburgh Woollen Mill Group subsidiaries to explore all options for the future of its retail brands, including Edinburgh Woollen Mill, Jaeger, Ponden Mill, and Peacocks.”

But EWM is not the only retailer to announce they are struggling at the moment.

At the beginning of the month Sweden’s H&M – the world’s second biggest fashion retailer behind Inditex who own brands including Zara – confirmed they were planning to close 250 of their stores around the world.

The announcement laid the blame at the fact that more shoppers had moved online to buy their clothes, especially during the year thanks to city centers and shopping malls being forced to close due to the continuing coronavirus pandemic.

September had seen a slight reprieve in sales however they were still 5% less than the same period a year earlier.

While the company has around 5,000 stores across the world it has not yet been announced which countries the closures will be in, saying that it was “too early for us to give any details on this, the numbers will differ from [national] market to market”.

Each year H&M has the opportunity to either end or renegotiate their leases for nearly 25% of their stores, a right that is included in their contracts.

However, while the drop in profits for the nine months leading up to the end of August was around 2.37bn Swedish krona ($272 million) this was still a higher figure than had been predicted.

Out of all their stores many were still subject to local restrictions and reduced opening hours while a further 166 had not yet been able to reopen.

When asked about the number of retailers continuing to close, Retail Economics analyst Richard Lim said, “What we have seen generally over the past few months of the pandemic has been a step change in the number of sales going online. That has affected all parts of the industry, but particularly clothing and footwear.”

Mr Lim also suggested that shoppers continuing to visit stores had shifted their attention away from town centers and instead preferred to visit retail parks. “People can go in their cars instead of using public transport, and they are also able to buy in bigger bulk at retail parks.”

The news means that H&M are able to increase their attention to investing in their online strategies. The company confirmed they had taken “rapid and decisive action” in an attempt to reduce the negative impact that coronavirus has had on the retail world and their business in particular.

Helena Helmersson, the retailer’s chief executive, said, “Although the challenges are far from over, we believe that the worst is behind us and we are well placed to come out of the crisis stronger.”

Some Of The Most Scenic Places To Camp In America

United Kingdom: The Prime Ministers Vision For A Post-COVID Britain
Scroll to top