Blog - Latest News
You are here: Home1 / News2 / Technology News3 / New Spotify Technology Can Recommend Songs Based on Your Emotions 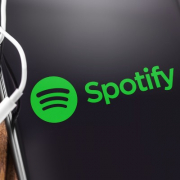 Spotify has patented technology which will allow it to make more accurate music recommendations. The technology can analyse your voice and suggest songs based on a variety of information such as your emotional state, gender, age and accent. The patent was first filed in 2018 and granted on the 12th of January.

Spotify stated “it is common for a media streaming application to include features that provide personalized media recommendations to a user.” The filing argued that it needed a new way of discerning user’s tastes rather than their current ‘tedious system’ that requires users to answer questions, stating: “What is needed is an entirely different approach to collecting taste attributes of a user, particularly one that is rooted in technology so that the above-described human activity (e.g., requiring a user to provide input) is at least partially eliminated and performed more efficiently.” Spotify’s current approach for music recommendations requires a user to input answers to multiple queries about their age, gender, tastes and so forth.

With this patent, speech recognition could be used to gather the usual information, such as age and gender whilst also picking up on ‘contextual cues such as “intonation, stress, [and] rhythm” would provide clues as to whether a user was “happy, angry, sad or neutral,”’ the BBC reported. Music could be recommended based on a person’s mood or even environment – for example whether they are alone, in a small group or at a party.

The filing stated: “It should be understood that the above example metadata categories of emotions, gender, age and accent are merely examples, and numerous other characterizations and classifications can be used.” Spotify would also utilise other information such as a user’s previously played songs and so forth to improve recommendations.

Spotify has been slowly improving recommendations for its users through a variety of techniques. In 2020 it conducted a study of how personality traits influence musical preferences which will no doubt play a part in the implementation of its speech recognition technology – should it be rolled out. The study interestingly wrote:

‘These connections extend past what people listen to and also relate to how people listen to music on Spotify. People who listen more to Discover Weekly tended to identify as more “open to new experiences,” as did people with higher all-time track discovery rates. Those who scored high in Conscientiousness tended to concentrate their listening to a more narrow window of time of day than those who scored lower in that trait. People whose results identified them as extroverts tended to listen more to others’ playlists, potentially indicating more reliance on their social network’s music suggestions. Self-assessed introverts, on the other hand, tended to dig deeper into an artist’s catalog, listening to more tracks for each artist they discovered.’

The company has been implementing a number of innovative techniques and technologies recently. Including a feature allowing users to “overlay a music track with their own vocals. This ‘Karaoke’ feature was patented in September and according to Route Note, works by:

‘When you listen to a song in Karaoke mode there will be a vocal slider. You can adjust this slider to turn the vocals up, down, or remove them completely as you sing along. The songs will play with real-time lyrics that you can follow and sing along with. The feature is simply being tested at the moment and may not come to fruition but if they’re able to do it well this could be a huge feature for Spotify. Every music streaming service vies for the position of first choice at a party, and a karaoke function would certainly find itself at certain types of parties.’

The music streaming service also gained permission for a “cadence-based media content selection engine” that can match the tempo of the music to a user’s running speed.

The BBC also reported: ‘the streaming service, which has 320m global users, has been granted a patent that would allow it to use such insights to promote content – including music, podcasts and advertising – that has been tweaked to appeal to a listener’s personality. “In some embodiments in which the personalized content includes one or more messages with audio components,” explains the patent, “the electronic device changes a tone of voice for messages for presentation to the user. For example, the tone of voice may be more upbeat, high-pitched and/or exciting for users that have been assigned the personality trait of extroversion.”’

How To Stay Warm This Winter Without Increasing Your Heating Bill