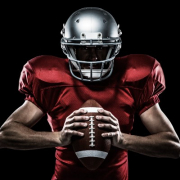 The NFL has announced that its owners have made the decision to extend the regular season from 16 to 17 games, starting this year. The extra game signals the first change to the NFL schedule since 1978.

It was also announced that every team will play at least one international fixture every eight years, with pre-season cut from four to three games to balance out the extra regular season fixture.

“This is a monumental moment in NFL history,” said NFL Commissioner Roger Goodell. “The CBA with the players and the recently completed media agreements provide the foundation for us to enhance the quality of the NFL experience for our fans. And one of the benefits of each team playing 17 regular-season games is the ability for us to continue to grow our game around the world.”

An increase to the regular season schedule has been on the cards since the latest Collective Bargaining Agreement (CBA) was agreed upon by the NFL and the NFL Players’ Association last March.

Per the Collective Bargaining Agreement, the NFL was required to negotiate at least one new media contract before they could make the move to expand to 17 regular season games.

March 18 saw the NFL announce new media deals through 2033, paving the way for the decision of an extra game every year to be made.

With the drop in salary cap across the league for the 2021 season because of the pandemic, the increased schedule is expected to lessen the effects of less money available, as well as creating new revenue.

NFL Network’s Tom Pelissero reported that the new media deal and subsequent extension of the schedule will trigger the ‘media kicker’ in the Collective Bargaining Agreement, increasing the players’ share of all revenue to greater than 48%.

Each NFL team will now take part in an additional interconference game, with the opponent determined by division standings from the prior season and on a rotating division basis with the AFC teams as the home squad for the extra games in 2021.

With news of the newly structured international format also released this week, the English Football Association (FA) confirmed to Sky Sports News that they were in ongoing discussions with the Jacksonville Jaguars over hosting future games at Wembley Stadium.

The FA said: “We remain in ongoing, positive discussions with the Jacksonville Jaguars about hosting future games at Wembley Stadium, so are not in a position to comment further.

“The FA maintains good relationships with the NFL and the Jacksonville Jaguars having enjoyed over a decade of hosting games at Wembley Stadium.”

The Shahid Kahn-owned Jaguars, who have played one game every year at the UK’s biggest stadium since 2013, had agreed to play two regular season games at Wembley in 2020 before the pandemic forced the NFL to cancel all international obligations last year.

In a statement, the team said: “The Jaguars currently do not have agreements with the NFL or Wembley Stadium to play a home game per season in London.

“Our annual home games in London have strengthened our franchise, helped to forge relationships between Jacksonville and UK businesses, and established the Jaguars as the team to follow and support in London, the UK and throughout Europe.

“For those reasons and many more, we’re hopeful that the Jaguars’ tradition of playing one home game each season in London can continue well into the future. We continue to have discussions with the Football Association and staff at Wembley Stadium, where our experiences have always been excellent.”

Kahn has previously told Sky Sports that he would only allow the Jaguars to play games in the UK at Wembley, and that he had an offer to buy the 90,000-capacity stadium accepted in 2018 before the deal eventually fell through.

The NFL currently has an agreement in place with Tottenham Hotspur to stage at least two regular season games per year at the Tottenham Hotspur Stadium through 2025. This week, it was reported that any games the Jaguars volunteered to play in the UK would be in addition to the announcement that the NFL will play four international games per season from 2022.

Elsewhere in the NFL, wide receiver Tyler Lockett has signed a four-year $69 million extension with the Seattle Seahawks in a deal that includes $37 million in guarantees. The 2015 third-round pick had signed a three-year deal ahead of the 2018 season that keeps him with the team until the end of this season, and he is now set to stay with Seattle until 2026

Seahawks selected Lockett in the third round of the 2015 NFL Draft, and he impressed enough as a returner to be named to the Pro Bowl that season.

Despite two fairly quiet seasons in 2016 and 2017, Lockett broke out as a receiver in 2018, amassing 965 yards and 10 touchdowns on 57 catches. That year, quarterback Russell Wilson achieved a perfect 158.3 passer when targeting Lockett – the first time that has ever happened in an NFL season.

Duke Of Edinburgh, Prince Phillip, Has Died At The Age Of 99
Scroll to top