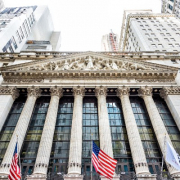 The New York Stock Exchange (NYSE) has said that it will indeed delist three Chinese telecommunication companies after changing their stance on the matter twice previously. The decision comes just a day after US Treasury Secretary Steve Mnuchin told the NYSE chief that he disagreed with the earlier decision to reverse the removal of the three firms.

The latest about-turn marks the third time in less than a week that the NYSE’s Big Board has made a decision on the matter. The move will come into effect on January 11 unless altered again and the flip-flopping highlights confusion in the economic world over which firms were included in the executive order issued by President Trump late last year that barred US persons from investing in publicly traded companies that Washington deems to be tied to the Chinese military.

As the Trump administration reaches its final days, tensions are escalating within Washington on China policy and the latest fiasco involving the NYSE will not calm things.

“There is a unique situation where there is an outgoing administration that is disengaged and (there are) orders sitting out there, so something has to be done, but no one wants to take on responsibility,” said Leland Miller, the CEO of the U.S.-based consultancy China Beige Book. “I think in future that anyone getting these orders will say: ‘Tell us exactly what you want us to do,’ and force administrations to be more focused.”

The NYSE originally announced plans last Thursday to delist China Mobile Ltd, China Telecom Corp Ltd and China Unicom Hong Kong Ltd. due to their breaching of new rules. Monday saw exchange officials perform a U-turn after consultation with regulators in connection with the US Treasury’s Office of Foreign Assets Control which led them to decide to keep them listed. An announcement Wednesday then marked the return to the original plan of delisting the firms.

After the initial U-turn, the NYSE and the Treasury came under fire from critics who claimed that they were being dovish on China. For a while Mnuchin has been regarded by many as seeking to thwart attempts from ‘hardliners’ in the Trump administration to crack down on Chinese companies operating on the exchange.

“The confusion in markets reflects the internal turf battles within the administration over this issue,” said Michael Hirson of the Eurasia Group consultancy.

“The executive order was pushed through by China hardliners without input from Treasury, which had fought such a move as disruptive to markets and the US financial sector,” Hirson said.

The confusion has caused investors to sell positions in the securities, the prices of which fell on the initial announcement, rose again when they were relisted and then tumbled on Wednesday after the delisting was confirmed.

However, the final decision has satisfied Republican Senator Marco Rubio, who had previously speculated that the NYSE’s initial reversal was due to the Treasury.

“After an intense pressure campaign from those of us who believe we should prioritize the interests of American workers and mom and pop investors above Beijing and Wall Street, I am pleased that the NYSE decided to reverse their earlier announcement,” he said in a statement.

“If it is true that someone at (Treasury) advised (NYSE) to reverse the decision to delist these Chinese companies, it was a outrageous effort to undermine (President Trump’s) Executive Order,” Rubio tweeted before the second change of mind was announced.

Chinese foreign ministry spokeswoman Hua Chunying told a regular briefing this week that they believed a number of political forces in the United States were deciding to persist with an unreasonable suppression of US-listed foreign firms, which she said highlighted the arbitrary nature of its policies.

“We hope the U.S. respects the legal system and the market,” she said.

Republican Senator Ben Sasse, a member of the Senate Select Committee on Intelligence, said the decision was the “right call”.

US stocks rose this week with the S&P 500 and the Dow reaching record highs as potential investors got behind financial and industrial stocks in numbers as they bet on a Democratic sweep in Georgia paving the way for more fiscal stimulus and infrastructure spending.

Financials were able to hit a 1-year high, while materials, industrial and energy sectors jumped between 2.5% and 3.4%. Rate-sensitive bank shares jumped about 5%, tracking a surge in the benchmark 10-year U.S. Treasury yield.

“The market is saying we can deal and live with this political decision,” said John Stoltzfus, chief investment strategist at Oppenheimer Asset Management in New York.

“It is saying if you have the potential to lose the tax reform package … the offset to that might be more stimulus to the economy which in effect could be positive for the markets.”