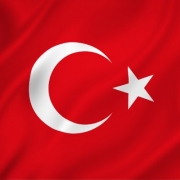 House Speaker Nancy Pelosi has been accused of ‘blatant ignorance’ by Turkey’s foreign minister after she questioned President Trump’s commitment to democracy and his admiration of leaders accused of authoritarian rule such as Turkish President Recep Tayyip Erdogan.

Pelosi, speaking during her weekly press conference, criticized Trump for his refusal to commit to a peaceful transition of power should he lose the election in November and pleaded with him to honour the US Constitution and his oath of office.

Turkish officials were less than happy with the comments that questioned Erdogan’s legitimacy and Foreign Minister Mevlut Cavusoglu took to Twitter to make his feelings known.

“Nancy Pelosi’s rise to become Speaker of the House is what is truly worrisome for American democracy, given her blatant ignorance. You will learn to respect the Turkish people’s will,” he said.

Trump has caused mass controversy in the US over the last couple of days with his comments regarding the upcoming election, spreading doubt over the legitimacy of the result if he were to lose. Just as in 2016, Trump has refused to commit to peacefully leaving power in the result of a loss to Biden and claims the expected increase in mail-in voting this year will likely lead to widespread voter fraud.

No evidence of substantial mail-in voter fraud has been found in previous elections and experts across the country have said that there should be no issues with the end result.

Turkey and the US have experienced troubles in their relationship over the past four years of Trump due to a number of disagreements between the two countries. However, the president has frequently praised Erdogan and sought to maintain a strong relationship with the Turkish leader in order to help maintain the relationship between the two allies.

“We want the peaceful transfer of power, and again, this is about something you’ve heard me say again and again. We don’t agonize, we organize, and we want to make sure that the American people know how important their vote is and how they can vote safely, without risking their health,” House Speaker Pelosi said last week.

“And it is very sad that you even have to ask that question. A real testimony to the need for protecting our democracy that we put forth yesterday. That a President of the United States would place in doubt the idea of a peaceful transfer of power is… Well, it’s no surprise, again, because the President has been contemptible of science and governance and so you see 200,000 people have died.

“But I have confidence in the American people, and I have confidence that he won’t get away with saying, for example, “I won with the vote on the ground, the vote in the mail doesn’t count,” and the rest of that. What am I missing here about people just not saying, “Hold it, calm down, Mr. President.” Now, we do know who he admires. He admires Putin, he admires Kim Jong-un. He admires Endogen in Turkey. He admires people who are perpetuating their role in government. But I remind me, you are not in North Korea, you are not in Turkey, you are not in Russia, Mr. President. And by the way, you are not in Saudi Arabia. You are in the United States of America. It is a democracy. So why don’t you just try for a moment to honor your oath of office to the Constitution of the United States?

“But yeah, I have confidence and it would not be a good thing for our country for our election to be ignored by the President so that a solution as the Constitution provides for, but nonetheless one that does not, in my view, constitute a peaceful transfer of power,” the 80-year-old continued.

“I don’t think (Trump) is worth the trouble at this point. We have 40 days until the election. He is trying to discredit mail in voting, which is hurting, as you’ve heard some of the Republicans say, this has been an important part of our electorate success, mail in voting. He’s discrediting that, vote by mail.

“And so the answer to it all, the antidote to almost every ailment that I have named is the vote and so right now, our point is, it’s no use our orchestrating one thing or another when what really matters, in terms of a peaceful transfer of power, is that people vote and that their vote is counted as cast, whoever they vote for, whatever the outcome. If he honestly gets the majority of the Electoral College and is the next President, that’s the peaceful continuation of power.”