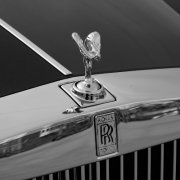 The continuing talks between Rolls-Royce Holdings and several sovereign investors in the Middle East and Asia have been called off as the aircraft engine manufacturer continues to find ways to survive the on-going coronavirus pandemic that has seen their finances suffer significantly.

According to sources, Rolls-Royce were told by institutional investors that the potential for a large share in the company would mean their interests could be ‘diluted’ and therefore would not support the move.

In a move designed to stop the continuing ‘sharp deterioration’ of the company’s finances, Rolls-Royce has instead confirmed their plans to raise around $2.58bn from their own shareholders.

Like many companies the coronavirus crisis has hit Rolls-Royce hard and the proposed package would include a ‘support in principle’ from the UK government that would see an extension of an 80% guarantee for a $2.58bn five year loan the company already has. However the company has also confirmed they would like to increase this loan by a further $1.29bn.

Furthermore, the organization has also deals in place with lenders for a new, two year deal of around $1.29bn as well as retrieving a further $1.29bn via the bond markets.

News of the plan saw the company’s shares drop by 10% meaning shareholders could receive offers of new stock at a lower price than before. Sadly the stock had already seen a collapse of 80% before the announcement was made.

The aviation industry has been severely battered by the coronavirus pandemic and Rolls-Royce has also felt the strain. Alongside providing new engines for airplanes – which has seen a massive drop in demand since the world was closed down for most of 2020 – the company also receives payments from airlines depending on how many hours their engines fly. With flights still nowhere near their pre-pandemic levels – some airlines are still only at a third of capacity while many more companies have ceased trading – that meant money has not been forthcoming.

This is not the first step the company has taken to try and keep the company going. Based in Derby in the UK, the company announced 9,000 jobs would be lost in May due to the pandemic, with two thirds of those based in the UK.

And last month they reported a half-year loss of nearly $7bn that the company said was a direct result of the “unprecedented impact” the pandemic has had on the aviation industry.

Confirming the announcement of the plan to raise money from their shareholders, chief executive Warren East said “the sudden and material effect of the Covid-19 pandemic has had a significant impact on the commercial aviation industry.”

East continued to say the civil aerospace business had seen a “sharp deterioration in the financial performance” while the power systems business – a separate business that serves both the infrastructure and marine sectors – had also been affected “to a lesser extent.”

East continued, “We are undertaking decisive and transformative action to fundamentally restructure our operations, materially reduce our cost base and improve our financial position.

Some of the lenders in the new deal include banking giants HSBC and French bank and financial services company BNP Paribas. Goldman Sachs is also advising the board, chaired by Sir Ian Davis.

Despite the new announcement, as well as the large cut in employees, Rolls-Royce have confirmed they have a liquidity cushion, valued at around $10.4bn. However it was thought that the reason behind the move was due to concerns that the aviation sector will continue to decline over the next 12 months, something that has been backed by the resurgence of coronavirus in many countries across the world, including the UK who are experiencing partial lockdowns in an attempt to curb the second wave.

The company is continuing to be watched by the British government to ensure that they do not go under thanks to a ‘golden share’ by the government which enables those in parliament to have a say in the decisions the company makes, alongside the power to veto specific decisions.

The new deal is thought to be able to save them however analysts predict that the cash fall could be gone by the end of 2021.

There is also the option that the company could receive funding directly from the government however the announcement of the new structuring did not mention whether this option was included or not.

In a recent statement Rolls-Royce said, “We continue to review all funding options to enhance balance sheet resilience and strength.

“Amongst other options, we are evaluating the merits of raising equity of up to £2.5bn ($3.2bn), through a variety of structures including a rights issue and potentially other forms of equity issuance.
“No final decisions have been taken as to whether or when to proceed with any of these options or as to the precise amount that may be raised.”