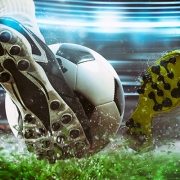 The Scottish national soccer side have qualified for their first major tournament in over two decades following two dramatic qualifying games that were both settled by a penalty shootout.

Scotland will participate in the European Championships next year and have been drawn in a group with fierce rivals England.

Last week saw the final qualifier played in a matchup between Serbia and underdogs Scotland.

Ryan Christie gave the Scots the lead early in the second half and they looked to be cruising to a slender victory when heartbreak struck in the final minute and Serbia equalised via a free header from a corner. An uneventful extra time then ensued before Scotland scored all five penalties for the second qualifier in a row to send players, fans and staff into delirium.

The last time the people of Scotland were able to cheer on their side at a major tournament was the 1998 World Cup; the team were knocked out of the group stage, scoring just two goals in the process. Qualifying pain has been the standard since then and fans will be hoping they get to support their team in person at next year’s rearranged European Championship.

“It is just an amazing night. From the start, we kind of believed. Obviously, the last few camps we have picked up so much belief in each other,” man of the match and goalscorer Ryan Christie told Sky Sports News. “Even the way the game went tonight, conceding that late equaliser and still digging in. Penalties and you’re away from home but big Marshy again comes up. He’s unbelievable.

“When you are on the pitch, you always feel like you can influence it. When you are off, you can’t watch. Those penalties are the worst thing I have ever been through. It’s just everything.”

Christie has now hit the back of the net four times in his last five international fixtures, having scored none in his last nine appearances for Scotland. His second half opener was the first goal scored by a Scottish player against Serbia, with the two nations having met twice previously. The win also marked Scotland’s ninth successive international match without defeat, their longest such run since 1930.

On the other hand, the result signals another agonizing qualifying campaign for the Serbs, who have now failed to qualify for the European Championship on every attempt since competing as an independent country for the first time in 2006.

“Normally, we fall at the final hurdle or we have the glorious failure, but I thought we were the better team in the game and deserved to be in front. We just couldn’t get the second goal to kill them off,” Scotland head coach Steve Clarke said after the game.

“To concede then from a set play when they were throwing everybody into the box was a big setback, but you have to be so proud of the players, the way they responded to that.

“That was a sore one as we were really close to where we wanted to be. The reaction was to dig in during extra time, and we managed to do that. We got to penalties and we’ve managed to produce again from the penalty spot. It’s a magnificent night for everyone in Scotland.

“We said we’d try to put smiles back on faces and I hope they managed to enjoy the match as we did here in Belgrade. They can smile tomorrow.”

The group stage has now been finalized for the rearranged Euros next year and Scotland will face rivals England, World Cup finalists Croatia and the Czech Republic. Expectations will be relatively low as the country faces a stern group in its return to major international football, but fans will just be happy that they are finally back.

“Unbelievable! The shoot-out was excruciating! I am buzzing! David Marshall is a hero to the whole country! But the standards of all the penalties was brilliant,” former Scotland midfielder Darren Fletcher said following the conclusion of the match.

“Talk about character. Those lads weren’t stepping up thinking, ‘Imagine if I’m the one to miss’. They were positive – and then Marshall was the hero.

“I fancied every one of them stepping up. There was something about Mitrovic; he was saving himself for fifth. Our main striker stepped up first – bang, into the back of the net. People thinking about glory and headlines; that’s what I thought about Mitrovic.

“Marsh was in the squad when I was there. He’s got around 40 caps now but for a lot of his career he has had to play second or third choice to Allan McGregor and Craig Gordon. He always turned up when Scotland needed him.

“I’m delighted for him to play such a big part, obviously the penalty save was different class, his reaction to see if it would be allowed was iconic.