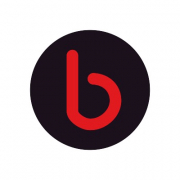 It is hard to imagine a time where Facebook did not have the monopoly on social media platforms, sharing the crown with only by a few giants such as Twitter, which is arguably as or perhaps even more popular than Facebook in some spheres. However, some will remember the name Bebo, a social media website circa the early 2000’s, similar to the now-extinct Myspace where users could create customized profiles and interact with friends.

At one point it was the most popular social network in the UK, seeing popularity in Ireland, Australia and New Zealand. The BBC reports, that ‘at its peak it had more than 40 million members.’ With the rise of popular social media platforms such as Facebook that connected the world however, Bebo, like MySpace, began its slow decent to death, when it was eventually sold to AOL in 2008 for $850m (£623m).

Bebo, an acronym for “blog early, blog often’ is co-founded and still owned by Michael Birch and his wife Xochi. After it was sold in 2008, the couple bought back the website for $1 million, attempting to re-ignite the website in many different ways, such as an e-sports streaming service. It was sold again to Amazon’s Twitch for $25million.

Some fans of the site have held out hope for the social network, even before Bebo announced its revival, Birch stated that Bebo’s web address was attracting one visit every three seconds. Likely, these people will be delighted to hear that Bebo’s relaunch has already been set in motion and may arrive quite soon. Marketing for the social platform, states that “Bebo is coming back in February 2021 as a brand new social network.”

Plans for the new website have not yet been revealed, so there is little information as to what the site will be like, and whether it will be similar to the old format at all. However, for those hoping a glimpse at their old profiles, the marketing has stated: PLEASE NOTE: All old data and photos were lost many years ago and are not recoverable, sorry.’

Michael Birch recently spoke to the BBC about his plans for the relaunch and how it would look to differentiate itself from the ‘news feed’ based format of Facebook and Twitter:

“We’re calling it live social networking – when you’re logged into Bebo, you are aware of which other friends are online,” he says. “You can interact with them in real-time. You can comment on their photo on their profile. They’ll get notified, they’ll come to the photo, and they may even have a conversation under the photo. It’s an experiment, we’ll see how it how it actually does. But we think it’s a more exciting way of actually connecting.”

When asked how Bebo will distinguish itself he said:

‘Now is a good time to launch another social network. Covid has had a lot of detrimental effects, but I think it sort of opened people’s eyes to new things in new ways. And people are craving interaction. We’re going to do some nods to the past, but you’re not going to log in and see the original Bebo as it was. But what we want to do is go back a little bit to this idea of a profile. That you have an identity you sort of take pride in. That you can visit a profile and see things that aren’t just the latest news articles being shared. On Facebook, if someone posts something to their news feed, they may have done it one minute ago – but you don’t feel you’re online, in this experience with that person. And that’s what we’re trying to achieve.’

Currently, the website is open to those invited to test the Beta version, the front page hosting a ‘Coming Soon’ statement that reads: ‘Bebo is coming back in February 2021 as a brand new social network. We are currently in private beta. If you’ve been invited please enter the password below.’

Adding lightheadedly: ‘This is a totally new site developed by the original founders. All the old accounts are long gone (probably for the better, though sorry for the old photos!). On the good news front, Trump is banned from bebo before we’ve even launched. The world really IS moving forward!’

Although humorous, the quip about former president Trump highlights some heavy issues facing social media founder today – the spread of misinformation, hate speech, impacts on mental health and so on. Social platforms such as Twitter and Facebook are under pressure to better regulate harmful content. Bebo will hopefully be able to approach this issue head on, adopting it into their relaunch plans.

On this topic Birch stated: ‘When we first did Bebo, I spent 95% of my media time talking to journalists about privacy and bullying. And those issues are still obviously as relevant today. But I think one of the most damaging things has been the spread of misinformation and people sharing things similar to what their friends believe, which self-reinforces and doesn’t allow for different perspectives to be put in front of people. We’re not focusing on new sharing. But were we to go down that road and explore that, I think we’d have to think long and hard about how to avoid some of the pitfalls. For now, people may think it’s a refreshing break for Bebo not to be another news feed of misinformation.’

How CBD Has Changed The Way We Look At Cannabis And Improving Our Health | Casco...
Scroll to top