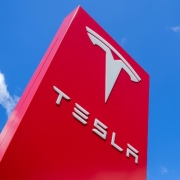 In a move which has taken the media by surprise, US electrical vehicle and clean energy firm Tesla has revealed it no longer has a PR team, in what appears to be an industry first for a company of its size and profile.

The relationship between journalists and the PR departments within organizations has long been a complicated one, particularly in disruptive areas like technology. On the one hand you have the reporters who are keen to get their story even if the outcome is less than favorable for the firm in question. On the other, you have the PR department whose role includes protecting the reputation of the brand and trying to avoid as much negative press as possible. So when journalists stopped receiving responses to their enquiries to Tesla a few months ago, there was some confusion over what was going on. Was it a personal snub due to some previous reporting by the journalist that Tesla was unhappy with? Had they changed their contact details? Was there a blanket ban on talking to the press? It certainly had the industry whirring with potential theories.

Well the answer has been finally revealed; it appears that Tesla has gotten rid of the entire PR function at the company, essentially closing all the doors to journalists on a permanent basis.

The move is certainly a bizarre one and has got the industry talking about the motivations for removing this important channel of communication. It has long been known that the company’s CEO, Elon Musk, has a strong dislike of the media and feels that they have continued to report negatively and inaccurately about the company and its endeavors. The publicity surrounding vehicle crashes that allegedly involved Tesla cars and their ‘Autopilot’ facility were met with anger from the founder, who claims that other automakers don’t get the same level of scrutiny for accidents involving their cars, which he argued were even more dangerous. There were also multiple reports about production problems with the Model 3 and the firm’s ability to deliver the car at scale , leaving tech publication WIRED to lead with the title, ‘Hey Tesla, how hard can it be to actually make a car?’

Musk is well known for his vocal media presence and is often seen releasing information, news and commentary about Tesla from his own Twitter feed. Perhaps he decided that the only information he wanted seeding into the media was from his own mouth, and that he would no longer employ a PR team to flame the fires of journalism when invariably the press were likely to report negatively anyway? As someone with extensive PR experience myself, this seems like a very emotive, personal and ego-driven move, rather than one made by a cool-headed independent company.

Whilst Musk remains the figurehead and lead spokesperson for the company, it still needs to be able to stand on its own and operate effectively across all the key business functions, including external communications. Granted, it is likely that some of the core aspects of their communications strategy are continuing at Tesla under different guises, but what this does is send out a resounding message that the press are most certainly no longer welcome.

The trouble with this stance is that it really only serves to antagonize ‘the beast’ that is the global press circuit. Without an official team or even an individual through which to verify the facts before going to press, the likelihood of even more inaccurate and inflammatory information reaching the public sphere is greatly increased. And without any way of checking, it becomes harder for the firm to accuse the press of misrepresentation.

Given the fact that this particular story has gone viral, maybe that’s exactly what Musk wanted in the first place? Perhaps it’s all just part of an elaborate PR campaign that’s being orchestrated from the inside. Or maybe, it’s a strategic mistake that the firm will soon live to regret. Many believe that it won’t be long before Tesla needs to rebuild some kind of formal communications team, but until then it will be an interesting ride for sure.