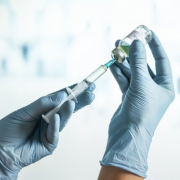 The UK’s health advisory board has now recommended that healthy adults under 30 should be offered an alternative vaccination to the Oxford AstraZeneca vaccine, if there is one available and the individual is not at high risk of COVID-19. This comes as concerns over the risk of blood clots rise, however it is not yet confirmed if the vaccine actually causes blood clots.

Those older than 30 are still being advised to take the vaccination, as the benefits of the vaccine’s protection ‘still outweigh the risks.’ Now, further reviews conducted by the UK drug regulator has led to advise that under 30’s should opt for an alternative option if possible – as younger people are at less risk of severe COVID-19 in the first place, the benefits of the Oxford AstraZeneca vaccination vs the risk of the blood clots is more ‘finely balanced’ for healthy young adults in comparison to the ‘significant benefits’ over the risk for older adults.

The Guardian reported that ‘healthy 18- to 29-year-olds who are not at high risk of Covid should have the option of a different jab if one is available in their area, the government’s joint committee on vaccines and immunization (JCVI) said, weeks after some European countries suspended the use of Oxford/AstraZeneca jabs in younger people. For older people, the benefits of the vaccine – the most widely used in the UK – far outweigh the risks, the JCVI added.’

EU regulators have said that unusual blood clots should be listed as a possible ‘very rare side effect.’ The BBC reported that: ‘The World Health Organization said the link between the vaccine and blood clots was “plausible” but not confirmed, adding that the clotting incidents were “very rare” among nearly 200 million people who have received the jab worldwide.’

The UK’s drug regulator has been examining the correlation between blood clots and the Oxford-AstraZeneca jab, finding that by the end of March 2020, out of the 20 million jabs administered, 79 people had suffered rare blood clots after vaccination – 19 of whom had died.

‘The regulator said this was not proof the jab had caused the clots. But it said the link was getting firmer,’ the BBC reported. Experts have said that whilst the evidence is becoming clearer more research needs to be conducted to confirm that the vaccination has caused these blood clots.

Analysts have estimated that the risk of dying from the AstraZeneca vaccine is very small – approximately one in a million, highlighting that no treatment or vaccination will be risk free. COVID however, is estimated to kill one in eight people over the age of 75 and one in 1000 in their 40’s.

The BBC wrote that, ‘the review by the Medicines and Healthcare products Regulatory Agency (MHRA) found:

The UK’s Health Secretary Matt Hancock said that the UK’s review confirmed that the Oxford AstraZeneca jab is “safe, effective and the benefits far outweigh the risks for the vast majority of adults”. Prime Minister Boris Johnson also added that the Oxford vaccine has “already saved thousands of lives” and the new advice should ensure people of all ages “continue to have full confidence in vaccines”.

England’s deputy chief medical officer, Prof Jonathan Van-Tam, called the new advice for under 30’s as simply “a course correction” that would not affect vaccine rollout.