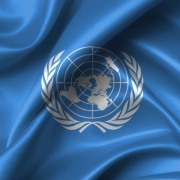 Following the ‘unprecedented’ effects the continuing Covid-19 crisis is having around the world, the United Nations has voted to hold an emergency summit in December where they will discuss the effects the pandemic is having on global trade, economies, societies, travel and employment.

Following a General Assembly vote which saw Armenia and Israel abstain as well as America, 150-0 voted in favor of the meeting which will feature Tedros Adhanom Ghebreyesus, Director-General of the World Health Organization (WHO), leading a discussion as well as see leaders from the 193 U.N. member nations record speeches to be shown as well as the observer states of the Holy See and Palestine. If there is enough time there will also be some speeches shown from non-governmental organizations.

Talking about the decision to hold the summit, Assembly President Volkan Bozkir said the meeting would be “a historic moment and a test for multilateralism” which “will be defined by our collective action on one of the most critical issues of our time”.

He continued, “If anything, it is a belated first step. This is a time for action, action in memory of the souls lost to Covid-19, action to protect the most vulnerable people who are depending upon us. And action to safeguard our futures. Let us not forget that none of us are safe until we are all safe.”

Antonio Guterres, the U.N.’s Secretary-General, acknowledged that it was “very frustrating” that a meeting between the G20 – an collaboration of the leaders of the 20 most powerful industrialized nations – had not already put a plan in place to implement a coordinated response to the pandemic. However the March meeting saw leaders deciding on their own actions, resulting in the virus moving “every way, everywhere”.

Speaking of the spring meeting he said he had encouraged leaders to implement a “wartime” plan that would include “a task force to have a combined effort to defeat the virus” as well as a “trillions of dollars” stimulus package that would help households, employees and businesses in developing countries as they tried to deal with the pandemic.

As well as the U.N. meeting, a virtual summit of the G20 has been arranged for November 21 and 22 and Guterres has suggested that the U.N. is looking for a “guarantee” that any vaccine that is developed to combat coronavirus is made ”available and affordable for everyone, everywhere” as well as “strongly advocating” that there is an improvement on the coordination between nations.

Stephane Dujarric, spokesperson for the U.N., confirmed that the secretary-general is hoping that the U.N. summit coming so swiftly after the G20 summit will provide a chance “for states to move forward together on facing the virus, both in the immediate-term and the longer term.”

Canada and Azerbaijan led negotiations of a General Assembly Resolution and following the collapse of three proposed amendments was put to the vote.

One of the amendments, put forward by America, would have seen a reference to the World Health Organization (WHO) be removed. America was withdrawn from WHO by President Donald Trump following the way he perceived the agency had managed the health crisis as well as the allegations from POTUS that China had influenced WHO inappropriately.

However a response has been adopted which acknowledges the need for a global approach regarding the pandemic “that is people-centered, gender-responsive, with full respect for human rights, multidimensional, coordinated, inclusive and innovative, based on unity, solidarity and multilateral co-operation.”

Furthermore, it states “the fundamental role of the United Nations system in the comprehensive global response to the Covid-19 pandemic, including the crucial role played by the World Health Organization.”

It had been proposed that Ghebreyesus would make a speech at the opening of the summit however negotiations saw this muted and instead he will lead a dialogue and make a presentation on the second day of the event.

When the results of the vote were confirmed Brenden Varma, spokesperson for the General Assembly, commented, “the point of this special session is first of all to bring the membership together and to move forward collectively in fighting the pandemic. It’s also an opportunity to come and identify the gaps that exist right now in our response to the pandemic.”

Despite repeated attempts to stop the spread across the country there has been an increase in new cases with daily figures coming in at around 118,319 and around 1,200 deaths.

Easy Eco-Friendly Adjustments To Your Lifestyle

Saving For Your First Home
Scroll to top