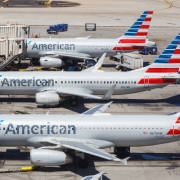 The airline industry has been one of the many sectors that have been hit hard following the on-going coronavirus pandemic, not just at home but also around the world, with airlines continuing to implement moves that they hope will keep their organizations operational.

As part of the government’s recent handouts of loans and grants to businesses, it was believed that the travel industry would start to bounce back once the world re-opened. However, the initial few weeks that many countries thought it would take to work through the health crisis has passed and we are now entering the tenth month of coronavirus in the world.

This shocking statistic means that while the travel industry was able to pause for a short period of time, long term it has seen negative effects that have been catastrophic.

Not all airlines were able to receive any financial support and those that did, including American Airlines and United Airlines, had provisions written into their terms that the money would be used to pay employees wages.

With the CARES Act coming to an end a collection of airlines has been working together to demand a six-month extension to the aid as passenger levels are only at around a third of the pre-pandemic levels.

However it has been reported that despite the extra money that airlines have received, employees will still be losing their positions.

The most recent is American Airlines who have confirmed that around 19,000 of their employees are facing furlough after they failed to come up with an agreement for more US federal aid.

Unions and passenger airlines have launched a campaign for a further $25 billion to pay for their employees, however there are issues with the negotiations of the pandemic-relief measure.

And they are not the only airline to be reducing their workload as United Airlines has also implied that around 12,000 of their employees could also be furloughed.

The announcements would be two of the biggest involuntary job losses in the industry due to coronavirus.

Currently the American government is trying to come up with a plan that would appeal to both Democrats and Republicans and would provide much needed aid to businesses that need it. As the travel industry remains at an all time low billions of dollars are continuing to be lost. And while some may feel that further handouts from the government is pushing the economy further into debt, without it the unemployment benefit bill could spiral out of control.

Yet with the country’s two political parties continuing to disagree on the future of the relief aid, industry officials are beginning to face the fact that the airline industry’s future does not look as positive as they would hope.

It is not just America that is struggling to cope with the continuing travel restrictions. The reduced number of flights between America and the UK is believed to be costing the UK economy around $14 billion with several of their airlines, such as ‘no-frills’ airline Flybe, also being forced to close. The number of job losses in all aspects of the travel sector is also continuing to increase.

According to a recent report on behalf of the aviation industry, it has also been claimed that $42 million could be wiped from the UK GDP each day while the travel restrictions are kept in place. It also discovered that the total capacity of flights between America and the UK were down by 85 per cent compared to the same time last September.

The research was carried out by York Aviation on behalf of IAG who own British Airways, the airline trade body Airlines UK, aviation services organization Collinson as well as Heathrow Airport.

In recent weeks an air bridge between New York and London was demanded by airline bosses including Virgin Atlantic’s chief customer and operating officer Corneel Koster, in an attempt to bring a much needed boost to the economies from tourism.

The airline – alongside others including Lufthansa, United, American and IAG – had also been pressuring governments in both countries to introduce airport testing for covid-19 rather than the mandatory self-quarantine period of 14 days that is currently in the UK, with a letter to those in power stating that the airlines “believe it is critical to find a way to reopen air services between the U.S. and Europe.”

Many travelers when questioned confirmed they would rather not travel than have to stay at home for two weeks on their return.

However JetBlue, American Airlines, Hawaiian and United airlines have confirmed they and planning to introduce these tests in airports throughout America.

While this should be seen as good news for travelers itching to get back in the air the tests would not be mandatory and they would also cost the traveler between $80 and $250.