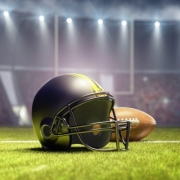 Chicago Bears Hall of Fame running back Gale Sayers has died at the age of 77. Pro Football Hall of Fame president David Baker announced the sad news last Wednesday, with no cause of death provided.

Now regarded as one of the most exciting players to grace the football field in the history of the sport, Sayers was feared and respected by opposition fans and defenses in equal measure. The former Chicago Bear utilized his combination of lightning pace and physical prowess to impose himself on the opposition and win his organization football matches.

“All those who love the game of football mourn the loss of one of the greatest to ever play this game with the passing of Chicago Bears legend Gale Sayers,” Hall of Fame president David Baker said in a statement. “He was the very essence of a team player — quiet, unassuming and always ready to compliment a teammate for a key block. Gale was an extraordinary man who overcame a great deal of adversity during his NFL career and life.

“The ‘Kansas Comet’ burst onto the scene in the National Football League and captured the attention of all of America. Despite playing only 68 NFL games because of an injury-shortened career, Gale was a clear-cut — and first-ballot — Hall of Famer for his accomplishments on the field and for the man of character he was in life.

“The entire Pro Football Hall of Fame family mourns the passing of Gale. Our thoughts and prayers are with his wife, Ardie, and their entire family. We will forever keep his legacy alive to serve as inspiration for future generations. The Hall of Fame flag will fly at half-staff until he is laid to rest.”

Born in Wichita, Kansas, Sayers played college football for the University of Kansas Jayhawks, earning an All-American spot twice during his time there. With the fourth overall pick of the 1965 draft, the Chicago Bears selected Sayers and he would go on to spend the entirety of his NFL career with the Illinois organization.

Sayers soon attracted national attention for his fast, almost unstoppable style of running and earned himself the nickname ‘The Kansas Comet’. Perhaps the running back was best known for his ability to break through small gaps in blockers as he ran to create seams he could take advantage of for huge yard gains.

In 1965, Sayers scored six touchdowns against the San Francisco 49ers from just 16 touches of the ball. The rookie amassed 336 total yards with those 16 touches in one regarded as one of the best individual performances in NFL history.

“Just give me 18 inches of daylight. That’s all I need,” Sayers said during his first year in the NFL, in which he was named rookie of the year and set records for touchdowns (22) and rookie all-purpose yards gained (2,272).

In a career unfortunately cut short due to injury, Sayers totaled 4,956 yards and 39 touchdowns on 991 carries, averaging 5.0 yards per attempt. The Kansas Comet was nominated to the Pro Bowl four times and was named a first-team All-Pro in each of his first five seasons in the NFL. In addition to winning NFL Rookie of the Year in 1965, Sayers was also named NFL Comeback Player of the Year in 1969 after an injury to his right knee had cut his previous season short.

“Gale Sayers was someone who I admired long before I arrived in Chicago. I loved his approach to the game and of course, how he played it. He inspired me to be great in a city that loves sports like no other. RIP to one of the NFL’s best ever. #KansasComet” Chicago Bulls legend Scottie Pippen tweeted following the news of Sayers’ death.

During his time at the Bears, Sayers struck up a close friendship with teammate Brian Piccolo, with the pair becoming the first interracial roommates in 1967. Piccolo’s career was cut short by cancer and he died at the age of 26 after just four years in the NFL. Sayers’ autobiography titled ‘I am Third’ and released in 1970, spoke of the relationship between the two and delved into Piccolo’s death and the effects it had on him and the Bears franchise. The book was soon adapted into a film, ‘Brian’s Song’, with Billy Dee Williams portraying Sayers in the Emmy-winning piece of work.

“The NFL family lost a true friend today with the passing of Gale Sayers. Gale was one of the finest men in NFL history and one of the game’s most exciting players,” NFL Commissioner Roger Goodell said in a statement. “Gale was an electrifying and elusive runner who thrilled fans every time he touched the ball. He earned his place as a first-ballot Hall of Famer.

“We will also forever remember Gale for his inspiration and kindness. Gale’s quiet, unassuming demeanor belied his determination, competitiveness and compassion.”