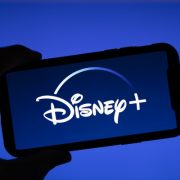 The star has played for sports powerhouses Manchester United and Real Madrid and will return to the east London pitches where his life in soccer began, in order to support a struggling amateur team.

According to Disney, the former international will take the club’s players, their coaches and communities on ‘an uplifting, transformative journey of a lifetime’.

“It is fantastic to be making Save Our Squad with Twenty Twenty and to shine a light on the kind of grassroots football that I experienced growing up,” Beckham said about the opportunity.

“I was so fortunate to have a long and successful playing career and now to have the opportunity to give back to these communities as a mentor is incredible.”

Sean Doyle, who will executive-produce the show for Disney, described it as “exciting, dramatic, uplifting and full of heart and courage – everything David had in his own playing days”.

Meanwhile stars of the film Wild Mountain Thyme have reacted to criticism received after the movie’s trailer’s release.  The film had attracted a lot of attention last year as it was mocked across social media platforms for its Irish clichés and the casts’ accents however leading stars Emily Blunt and Jamie Dornan said that they are ‘not going to lose any sleep’ over the mocking, and instead think the public will come round on the film due to its beautiful landscape and thrilling love story.

“It’s kind of par for the course, I’m from Ireland and we’re known for taking the p*** pretty much out of everything – it almost comes with the territory,” Dornan told Sky News. “I think that’s fine, and at the end of the day, everyone’s going to have their opinion. We are doing the accents that we planned to do.”

The 38-year-old actor, who is from Northern Ireland, went on: “There’s so many dialects based on a very small island and I get the p*** taken out of me for the way I sound all the time, just as me. A lot of people don’t understand me all the time, and that’s fine. That’s something I’ve dealt with my whole life.

“So, we’re trying to find accents that everyone in the world will understand and that’s what we feel we did. We’re not going to lose any sleep over some people having a bit of fun with it,” he said.

In the film, Blunt plays the character Rosemary, a woman searching for love, while Dornan portrays sultry farmer and hopeless-in-love Anthony.

Based on John Patrick Shanley’s Broadway play entitled Outside Mullingar, the US playwright and screenwriter, best known for Cher’s romantic drama Moonstruck, also directs the film.

Dornan said that ahead of filming, Shanley, whose father was from Ireland, advised the actors that if they “sounded anything like the real people [the film’s] based on, nobody would understand”.

British star Blunt, who now lives in the US, said: “I think it was sort of to be expected in some ways, I think we all knew it on the day. We’re neither of us from that part of the world. And so ultimately, when you’re doing an accent, you just do your best.

“Luckily, this film is not really about accents, it’s about something much bigger than that. So, I think we all took it fairly lightly. I just want people to go and see it now and be transported to the fact that this is really a love letter to Ireland.

“We loved doing it, we loved being in Ireland, we loved the Irish people. So, I think the p***-taking from Irish people about people who aren’t from Ireland playing Irish, I sort of shoulder shrug about it really.”

Dornan, who is married to musician Amelia Warner, says just like Blunt he was far from a hit with the opposite sex when he was younger: “A lot of swing and misses for me, I think most people have that history, don’t they?

“I can relate a bit to Anthony’s lack of ability to see what’s in front of him and what’s good for him. He’s a bit in his own mind about all that and his own confidence.

“I definitely was someone who struggled with confidence with girls when I was a kid. I definitely had a lot of girls that I really liked who definitely didn’t like me back. At least [Anthony] has someone who really wants him back, he just is not able to see it.”

Derek Chauvin Found Guilty For The Murder Of George Floyd