Blog - Latest News
You are here: Home1 / News2 / Culture News3 / Biden announces all US and NATO troops to leave Afghanistan this year 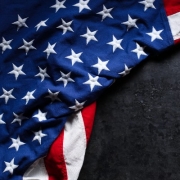 President Biden has declared to the world that it is time to ‘end America’s longest war’ as he announced that US and NATO troops would be removed from Afghanistan by the 20th anniversary of 9/11.

In an address to the public from the White House, Biden said that 2,500 US troops, along with a further 7,000 from NATO allies, would begin to gradually leave the country starting on May 1. “The plan has long been in together, out together,” he said.

“I’m speaking to you today from the Treaty Room in the White House, the same spot where on October of 2001, President George W. Bush informed our nation the United States military had begun strikes on terrorist training camps in Afghanistan,” Biden said during his White House speech.

“It was just weeks, just weeks after the terrorist attack on our nation that killed 2,977 innocent souls, that turned lower Manhattan into a disaster area, destroyed parts of the Pentagon and made hallowed ground of a field in Shanksville, Pennsylvania, and sparked an American promise that we would never forget. We went to Afghanistan in 2001 to root out Al-Qaeda, to prevent future terrorist attacks against the United States planned from Afghanistan. Our objective was clear. The cause was just. Our NATO allies and partners rallied beside us. And I supported that military action along with an overwhelming majority of the members of Congress.

“What I saw on that trip reinforced my conviction that only the Afghans have the right and responsibility to lead their country, and that more and endless American military force could not create or sustain a durable Afghan government.”

The plan to remove troops was discussed at a NATO summit in Brussels last week. Member states were not opposed to plans for a full withdrawal once the US made its own intentions clear, due in part to difficulties guaranteeing the safety of their own forces without US presence.

Shortly after Biden confirmed the US’ withdrawal plan, all NATO members, including the UK, put out a joint statement, confirming they would join in with an “orderly, coordinated, and deliberate” removal of troops alongside the US.

The statement announced that the alliance had achieved its goal to “prevent terrorists from using Afghanistan as a safe haven to attack us” but also acknowledged there was no longer any good reason to stay on. “There is no military solution to the challenges Afghanistan faces,” NATO members said.

The Taliban’s threat to the US has been judged by officials to be below a level where military presence is required, but many diplomats and analysts believe the hard-line group could soon be back in control across the country, potentially leading to a resurgence of al-Qaida and ISIS in Afghanistan.

CIA director William Burns told the Senate on Wednesday that he believed there was a “significant risk” that the terrorist groups could re-establish themselves and pose a threat to the US and its allies.

“I believed that our presence in Afghanistan should be focused on the reason we went in the first place: To ensure Afghanistan would not be used as a base from which to attack our homeland again. We did that. We accomplished that objective,” President Biden continued during his speech.

“That was 10 years ago. Think about that. We delivered justice to Bin Laden a decade ago, and we’ve stayed in Afghanistan for a decade since.

“Since then, our reasons for remaining in Afghanistan have become increasingly unclear, even as the terrorist threat that we went to fight evolved. With the terror threat now in many places, keeping thousands of troops grounded and concentrated in just one country at a cost of billions each year makes little sense to me and to our leaders. We cannot continue the cycle of extending or expanding our military presence in Afghanistan, hoping to create ideal conditions for the withdrawal and expecting a different result.

“I’m now the fourth United States president to preside over American true presence in Afghanistan; two Republicans, two Democrats. I will not pass this responsibility onto a fifth. After consulting closely with our allies and partners, with our military leaders and intelligence personnel, with our diplomats and our development experts, with the Congress and the vice president, as well as with Mr. Ghani and many others around the world. I concluded that as time to end America’s longest war. It’s time for American troops to come home.”