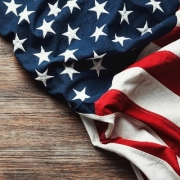 “It’s a team that will keep our country and our people safe and secure. And it’s a team that reflects the fact that America is back, ready to lead the world, not retreat from it. Once again sit at the head of the table. Ready to confront our adversaries and not reject our allies.”

Biden’s first announcement was to name Antony Blinken as the new secretary of state. Blinken will take the role in a different direction to how it looked under Trump. The New York native spent some of his childhood in Paris and speaks French fluently. He has been described as a committed internationalist who views US engagement with the world, in particular Europe, as of the utmost importance. The White House will be familiar to the 58-year-old, having spent time there as part of Bill Clinton’s staff in the 1990s, as well as under Barack Obama.

“He’s one of the better prepared for this job. No one’s better prepared in my view. He will be the Secretary of State who previously served in top roles on Capitol Hill, in the White House and in the State Department. He delivered for the American people in each place. For example, leading our diplomatic efforts and the fight against ISIS, strengthening America’s alliance and positions in the Asian-Pacific, guiding our responses to the global refugee crisis with compassion and determination. And he will rebuild morale and trust in the State Department, where his career in government began.

Lawyer Avril Haines was selected by Biden and Harris to become the first woman to be US director of national intelligence. Haines, 51, is already the first woman to hold the position of deputy national security adviser and earlier in her career also became the first ever female deputy director of the Central Intelligence Agency. Also a New York native, Haines has held a plethora of different roles throughout her career.

“She’s eminently qualified. Former Deputy Director of the CIA, former Deputy National Security Advisor to President Obama, and a fierce advocate for telling the truth and levelling with her decisions with the decision makers, straight up, nothing unnecessary. I know because I’ve worked with her for over a decade,” Biden said of the Haines selection.

“Brilliant, humble, can talk literature and theoretical physics, fixing cars, flying planes, running a bookstore cafe, all in a single conversation, because she’s done all that. And above all, if she gets word of a threat coming to our shores, like another pandemic or a foreign interference in our elections, she will not stop raising alarms until the right people take action. People will be able to take her word because she always calls it as she sees it. I believe we are safer with Avril on a watch. I think she can make a great contribution.”

Former US Federal Reserve chair Janet Yellen is set to become the country’s first female treasury secretary. Yellen has been a lecturer at the University of California, Harvard and the London School of Economics in an impressive career that has seen her rise to become one of the most trusted economists in the US. The 74-year-old is an expert in labor markets and has previously consistently highlighted the impact of uneven growth in the jobs market. She became the first central bank chief since the Carter administration to not serve two terms when Trump declined to reappoint her following his election triumph.

If Biden and Harris’ decision is confirmed, the position of secretary of homeland security will be held by an immigrant for the first time in US history. Alejandro Mayorkas has been selected by the president-elect and will also be the first Latino to lead the department. The Cuban-American lawyer worked in the White House for three years under Obama as deputy secretary of homeland security and has been described by former Democratic presidential candidate Julian Castro as a ‘historic and experienced choice to lead an agency in desperate need of reform.’

“After years of chaos, dysfunction and absolute cruelty at DHS, I’m proud to nominate an experienced leader who has been hailed by both Democrats and Republicans. Ally as he goes by is a former US attorney, former Director of US Citizenship and Immigration Services, and a former DHS Deputy Secretary,” Biden said.

“(He has) helped implement DACA, prevented attacks on the homeland, enhanced our cybersecurity, helped communities recover from natural disaster, combated Ebola and Zika. And while DHS affects everyone, given it’s critical role in immigration matters I’m proud that for the first time ever the department will be led by an immigrant, a Latino, who knows that we are a nation of laws and values.”

The other nominees selected by Biden and Harris this week are Linda Thomas-Greenfield as US ambassador to the United Nations, John Kerry as special presidential envoy for climate and Jake Sullivan as national security adviser.

Moderna Applies For Emergency Use Authorization Of Covid-19 Vaccine In US And...