Bridging The Gap In Physics: How Dr. Young Suh Kim Felt Like He Was ‘Chosen By Einstein’ To ...

You are here: Home1 / Features2 / Science Feature3 / Bridging The Gap In Physics: How Dr. Young Suh Kim Felt Like He Was ‘Chosen B...

The world of physics has advanced greatly since the days of Albert Einstein and his groundbreaking theory of relativity. Dr. Young Suh Kim is an accomplished physicist, educator, and a self-described ‘freedom-loving boy,’ who’s credited for bridging the gap between Einstein’s theory, quantum mechanics, and the ways in which they’re both similarly derived. 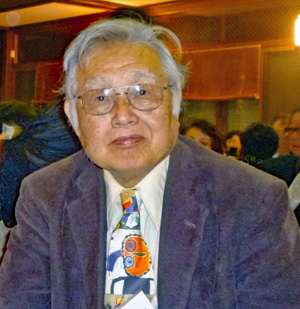 When one thinks about the field of physics, one of the most recognizable figures surrounding the subject is Albert Einstein. Einstein’s theory of relativity determined that the laws of physics are the same for all “non-accelerating observers, and he showed that the speed of light within a vacuum is the same no matter the speed at which an observer travels,

As a result, he found that space and time were interwoven into a single continuum known as space-time. And events that occur at the same time for one observer could occur at different times for another.”

Dr. Young Suh Kim is one of the many physicists who has been inspired by Einstein’s work as he advanced his own career. Quantum mechanics was being developed during the same time period as Einstein’s theory, and Dr. Kim is credited as the individual who was able to connect the two physical theories together, and prove that they could be derived from the same set of mathematical equations.

“During the 20th Century, two fundamental physical theories were formulated, namely quantum mechanics and the theory of relativity. They were developed independently, so physicists tried to determine whether these two theories were compatible. I completed the bridge between these two physical theories, and showed that they can be derived from the same basket of equations.”

Dr. Kim grew up in Korea and attended high school in Seoul during the Korean War. Despite the school enduring extensive damage during the war, which led to Dr. Kim and other students needing to study off-site temporarily, he describes his early education as “the best high school in the world” and credits a lot of his success in physics to the lessons he learned there before his family relocated to the United States where he would attend college.

“I spent the first eleven years of my life (1935- 46) in a Korean village without electric power and running water.  My family moved to Seoul (capital city of South Korea) in 1946, and the mathematics I learned at Seoul High School actually helped me later in life to expand upon Einstein’s theory. During this time I also became fascinated by electricity and electronics.

I initially heard Einstein’s name in 1947 when I was a small boy in Korea, and heard about him as an inventor of nuclear bombs.  During my high school years in Korea (1948-54), I learned that he formulated the theory of relativity, but it wasn’t until my college years in the United States that I learned that his relativity theory is based on the mathematics called ‘Lorentz group.’

In 1954, I became a freshman at the Carnegie Institute of Technology (now Carnegie Mellon University).  I was going to study electrical engineering, but in 1955, I heard the news that Einstein died in Princeton.

I then decided to truly pursue my passion and follow in the footsteps of my hero by going to Princeton to study physics.

On March 12, 1958, I received a letter from Princeton University that I am one of the fifteen students admitted to Princeton’s graduate program. Since Einstein’s name was so strongly associated with Princeton, I felt as if I was single handedly chosen by Einstein.” 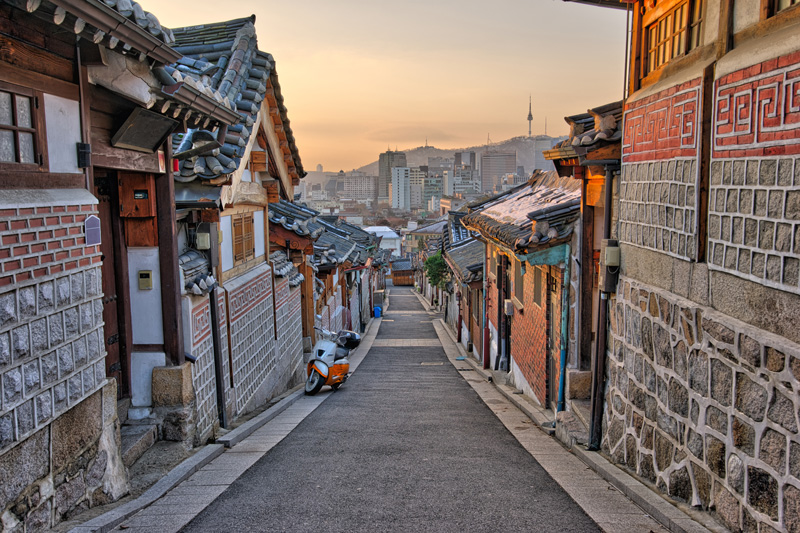 “I was very good in mathematics from my childhood years, and I fell in love with the mathematics that served as the scientific language for Einstein’s relativity. This passion is what helped me connect my knowledge of Einstein, quantum mechanics, and physics in general to further expand upon pre-existing theories.” 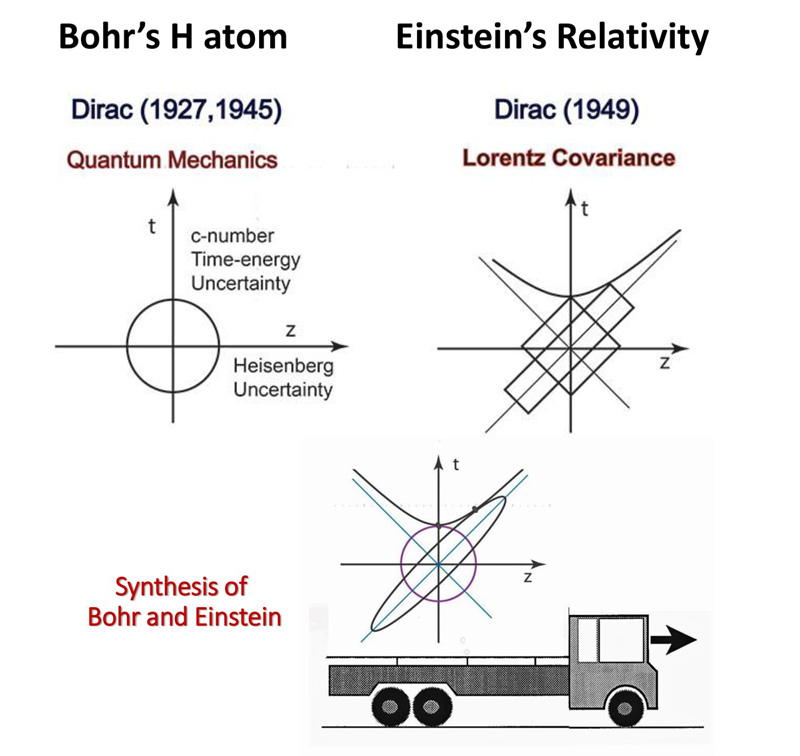 During his time in Princeton’s graduate program, Dr. Kim was able to study and make conclusions regarding Einstein’s theory and quantum mechanics, but it happened quite unexpectedly.

“While my graduate education in physics was not along the Einstein line, I had my own program of studying the internal space-time symmetry in Einstein’s relativistic world.  This program was initiated by Eugene Wigner in his 1939 paper.

Though Wigner was a distinguished professor at Princeton, nobody there was interested in this paper.  I was alone to study his paper on this problem, but it led me to some amazing conclusions.

I continued studying the Lorentz group after moving to the University of Maryland in 1962. I found out that the mathematics of the Lorentz group becomes much easier if its formulas are translated into figures, such as circles and ellipses.

To offer some background about this discovery, one hundred years ago, Niels Bohr (1885-1962) was interested in the electron orbit of the hydrogen atom, while Albert Einstein (1889-1955) was worrying about how things appear to moving observers; their interests became known as quantum mechanics and the theory of relativity respectively.

“Bohr and Einstein occasionally met to talk about physics, however, there are no written records to indicate that they talked about moving hydrogen atoms, so the two never were able to determine and record the connection between their two discoveries. I like to be recognized as the person who settled this issue of moving quantum bound states in Einstein’s Lorentzian world.”

Beyond just advancing the world of physics for the future, Dr. Kim has also spent a lot of time teaching the next generation of physicists how to think freely and openly like he did in order to see things like no one else has before.

“From 1962 to 2007, I had to teach physics as an assistant, associate, and full professor at the University of Maryland. I was also a research advisor to a number of students working for their PhD degrees. These were rewarding experiences, because I was working with students who had the same level of drive and interest in physics as I did.

I also came to the University of Maryland because there were many Princeton PhDs among the physics faculty; the campus is in the Greater Washington area. Washington, D.C. is the capital city of the United States, and many exciting events take place in this area. The university job was really a combination of teaching, research, and service, but the most important job is research.  Thus, those who like to continue their research efforts after their PhD degrees take university jobs, like me.

I also published many papers and a number of books on this issue mostly with my younger colleagues, namely Marilyn Noz and Sibel Baskal.  In addition, I found out that the mathematics of the same Lorentz group can serve as the natural language for classical and modern optics. I published many papers and two books on this subject, again with my younger colleagues, Noz and Baskal.”

Dr. Kim retired in 2007 after more than 40 years of teaching. Soon after he was honored with the title of Professor Emeritus from the University of Maryland, one of the many accolades he’s earned throughout his extensive career.

While he may not teach anymore, Dr. Kim continues to conduct research, write papers, release books, and share all of his findings on his immersive website. He initially began publishing his papers in 1961 as a graduate student at Princeton, and hasn’t stopped since.

In more recent years, Dr. Kim’s research has focused on whether or not Einstein’s “E = mc2” equation can be derived from the brackets for quantum mechanics. He’s already published a number of papers on this question, including “Einstein’s E = mc2 derivable from Heisenberg’s Uncertainty Relations.”

This past year, he also released the second edition of “Physics of the Lorentz Group,” and plans to write a new book on Einstein and his role in world history.

Above all, Dr. Kim takes pride in the fact that he has always been a ‘freedom-loving boy’ and independent thinker, which allowed him to look at Einstein’s work through a new lens, leading to his own groundbreaking discoveries. Dr. Kim hopes to be remembered by his peers and students as a physicist who always stuck to his own belief.

To read more about Dr. Young Suh Kim’s amazing journey through the world of physics and about the extensive work he has done to advance the field, check out his website and publications here! 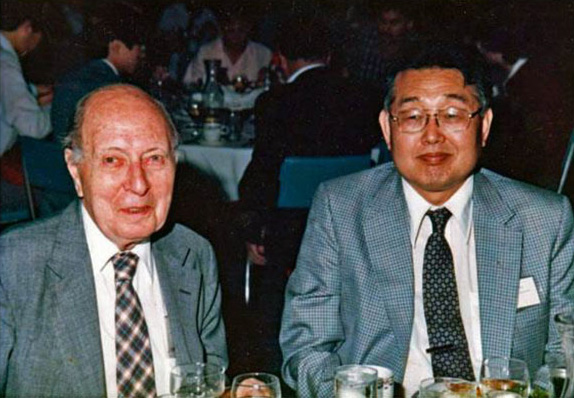 Ukraine Updates: Mariupol Residents Evacuating, Resolution Could Mean US In...