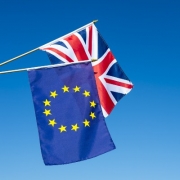 Whether you are a fan of the British Royal family or not it is a well known fact that members of ‘The Firm’ are not allowed to voice any political opinions to the public and must remain politically neutral at all times.

So it has come as a shock to many that Prince Andrew has made his personal opinion known on what he believes UK businesses should do once the country has left the European Union (EU).

An interview between the British prince and ITV News in 2019 saw him make comments implying he believes the country will be able to survive outside the EU’s single market once Brexit has been completed.

Speaking at a “Pitch@Palace” event – an initiative giving entrepreneurs access to business leaders and enabling them to put forward their business pitches – the Duke of York said, “businesses we see could be successful either inside a large internal market or operating in an even larger external market.” He continued, “There are swings and roundabouts to all these sorts of things.”

In the interview a state visit by President Donald Trump to the UK was also mentioned. During the president’s stay he attended a breakfast business meeting alongside the prince and Andrew stated that he was left with the impression that the ‘special relationship’ that continues to flourish between America and the UK had not been affected by Brexit saying, “The conversations that were had were entirely constructive and positive from both the President, the Prime Minister and ministers on both sides.”

He continued to say that he “got the sense it made no difference whether we were staying in or leaving, there was still going to be a very close relationship with the US on a whole range of issues – not least in the business world.”

It has already been reported that Trump had made a promise of a ‘phenomenal’ trade deal with the UK following their EU departure however this could change due to the presidential election.

While Trump is keen to continue to work on a trade deal with the UK, Democrat Joe Biden has already told Britain’s Prime Minister Boris Johnson that an Internal Market Bill could threaten the Northern Ireland peace accord. Biden has also confirmed that there would be no trade deal made with the UK unless the clauses in question are removed.

Prince Andrew has spoken out about UK business post-Brexit before telling the BBC in 2017 “in my experience, businesses that look over the garden fence have gone, ‘hmm, the grass is not quite as dark and unforgiving as you might expect’. And actually, getting over that fence, there might be some fresh grass there.” He continued, “you can either look at it as glass half-empty, which is ‘Oh my God why have we done this?’ or you can look at it as glass half-full”.

While the Royal family are not allowed to officially make their political opinions known, sources often reveal their thoughts, including one who claimed that the Queen was ‘dismayed’ by the political leadership the UK was under in 2019. The source explained, “I’ve heard her talking about her disappointment in the current political class and its inability to govern correctly.”

And earlier this year Prince Harry and his wife, American actress Meghan Markle, sparked controversy when they released videos urging American citizens to use their vote in the elections.

While Meghan attacked those who did not vote, saying they were ‘complicit’, Harry announced that he had never been allowed to vote because of his position and therefore people should use their votes when they can.

Several critics spoke out against the couple saying royals should not speak on political matters, however not only did they not show support for a specific candidate they have also stepped down from their royal duties meaning the same rules do not apply for them.

Prince Andrew has also stepped back from his royal duties following a disastrous interview on British television where he appeared to defend his friendship with convicted pedophile Jeffrey Epstein as well as Ghislaine Maxwell, who is currently facing sex trafficking charges.

Following claims by Virginia Giuffre that Epstein forced her to have sexual relations with Prince Andrew, something he has always denied, Andrew has repeatedly been asked to speak to FBI agents regarding the matter, something he has yet to do.

However following a year away from the public eye the Prince has allegedly been putting together a plan that will allow him to “serve his country” by returning to his public duties.

Speaking to a UK newspaper a royal source said, “the duke is spending time working out how he can serve his country and support the monarchy in the future,” while adding that “he feels he has support from the family, very much so, including all his siblings and his parents.”

However a senior royal aide has confirmed that ‘family discussions’ had been made however “while the hurdles around the Epstein case are still hanging over him, it will be difficult for him to represent the family in any capacity as his presence would overshadow the work of the monarchy,” therefore making it unlikely that Andrew would take on an ‘official’ role.