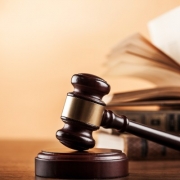 The ongoing case between actor Johnny Depp, 57 and his ex partner Amber Heard, 34 has been widely documented across the world, with allegations of abuse levied by both parties. The most recent instalment of the case has just reached its conclusion, with Depp losing his libel lawsuit against UK Newspaper The Sun. He pursued the case after the paper published an article naming Depp a ‘wife beater’ in the column article by executive editor Dan Wootton titled “Gone Potty: How can JK Rowling be ‘genuinely happy’ casting wife beater Johnny Depp in the new Fantastic Beasts film?” published back in April 2018. Following the trial that lasted 3 weeks at the Royal Courts of Justice in London, the judge Justice Nicol came to the conclusion that the tabloid’s reports were ‘Substantially true’.

Amber Heard was The Sun’s lead witness and was noted to have attended the court on a daily basis. Throughout the hearing, the court heard reports of Depp’s lifestyle, particularly his heavy intake of alcohol and drugs, as well as citing text messages where he called his ex-wife a ‘witch’ and included suggestions of burning her. There were also recordings of Depp exhibiting violent behaviours including punching kitchen cupboards.

As part of their defence NGN, News Group Newspapers that includes The Sun, had based their reports on 14 individual allegations of domestic violence by the actor taking place over the course of 3 years from 2013 and 2016. Mr Nicol expanded on his ruling to find that “a great majority” of these instances had occurred, namely 12 out of the 14 allegations, therefore commenting the published article was “substantially true”.

Across the court proceedings the judge commented that “a recurring theme in Mr. Depp’s evidence was that Ms. Heard had constructed a hoax and that she had done this as an ‘insurance policy”. He also commented that Depp posed continuous claims that Heard was a ‘gold-digger’ and judge Nicol did “not accept this characterization of Ms. Heard.”

Judge Nicol went on to analyze Depps characteristics as part of his ruling stating “it is a sign of the depth of his rage that he admitted scrawling graffiti in blood from his injured finger and then, when that was insufficient, dipping his badly injured finger in paint and continuing to write messages and other things”. He concluded “I accept her evidence of the nature of the assaults he committed against her. They must have been terrifying.”

In the midst of the court’s final verdicts The Sun commented “The Sun has stood up and campaigned for the victims of domestic abuse for over 20 years” and went on to comment “Domestic abuse victims must never be silenced and we thank the judge for his careful consideration and thank Amber Heard for her courage in giving evidence to the court.”

As a close to the case, Dan Wooten published a public statement to his own Instagram recognizing and thanking Heard for her “bravery” and to thank her “for giving traumatic evidence in the face of the most toxic and unfair abuse of your character. Thank you for being prepared to take on the Hollywood machine. This landmark court victory is for you and all the other victims of domestic abuse.”

Though the worldwide case seems to remain open with Depp’s legal team making it known that they will be intending to appeal the decision, with Jenny Afia, from Depp’s legal team Schillings law firm commenting “This decision is as perverse as it is bewildering. Most troubling is the judge’s reliance on the testimony of Amber Heard, and corresponding disregard of the mountain of counter-evidence from police officers, medical practitioners, her own former assistant, other unchallenged witnesses and an array of documentary evidence which completely undermined the allegations, point by point.”

In a comment from Ms. Heard’s representing lawyer Elaine Charlson Bredehoft, based in the United States, deemed the verdict “not a surprise” as they continue in a separate battle continuing “very soon” saying “we will be presenting even more voluminous evidence in the US” regarding a further case. Depp is suing Heard for an article she authored and was published in the Washington Post in claims it insinuated that he was abusive towards her.

Although the final verdict went Heard’s way, Depp’s legal team seem confident in a future appeal “The judgement is so flawed that it would be ridiculous for Mr. Depp not to appeal this decision.”

As this installment of the case comes to an end, it is certain that this will not be the last. All sufferers from domestic violence are encouraged to speak up. and such high profile events shine an important light on often undocumented situations. Any instances of this behavior, from either party or gender, should not be tolerated in any relationship. If this can make more people speak up then some good might have come from the situation.