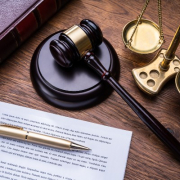 President Trump has faced criticism after announcing a new wave of pardons. Full or partial pardons were handed out to 20 individuals, including two for men who pleaded guilty in the Robert Mueller investigation and ones for military contractors involved in a deadly shooting of Iraqi civilians.

Among those pardoned were George Papadopoulos and Alex Van der Zwaan, who both pleaded guilty and served prison time off the back of the Mueller investigation for lying to investigators. 2016 Trump campaign foreign policy adviser Papadopoulos had lied to investigators about the contacts he had with people connected to Russia and it was found that he had discussed with them ‘dirt’ on Hilary Clinton and a potential Trump visit to Russia to see Putin.

“Notably, Mueller stated in his report that he found no evidence of collusion in connection with Russia’s attempts to interfere in the election. Nonetheless, the Special Counsel’s team still charged Mr. Papadopoulos with this process-related crime,” a White House statement on the pardons said.

The four Blackwater guards that were a part of the Nusoor Square shooting, Nicholas Slatten, Paul Slough, Evan Liberty, and Dustin Heard were also given pardons by Trump. The four were convicted by a federal jury in 2014 after a long trial in which 30 witnesses traveled from Iraq to testify against them.

Prosecutors claimed that the men, along with three other Blackwater employees illegally unleashed ‘powerful sniper fire, machine guns and grenade launchers on innocent men, women and children’ in the killing of 17 people. An FBI investigation later found that 14 of the deaths were unjustified, according to the rules of engagement for private security contractors in Iraq.

Slatten was accused by prosecutors of firing the first shots.

“These veterans were working in Iraq in 2007 as security contractors responsible for securing the safety of United States personnel. When the convoy attempted to establish a blockade outside the “Green Zone,” the situation turned violent, which resulted in the unfortunate deaths and injuries of Iraqi civilians,” the White House statement said of the four Blackwater employees.

“Initial charges against the men were dismissed, but they were eventually tried and convicted on charges ranging from first degree murder to voluntary manslaughter. On appeal, the D.C. Circuit Court of Appeals ruled that additional evidence should have been presented at Mr. Slatten’s trial.

“Further, prosecutors recently disclosed—more than 10 years after the incident—that the lead Iraqi investigator, who prosecutors relied heavily on to verify that there were no insurgent victims and to collect evidence, may have had ties to insurgent groups himself,” it continued.

Democratic Senator Chris Murphy tweeted: “Pardoning these murderers is a disgrace. They shot women and kids who had their hands in the air.”

“But it’s all part of a plan to limit [President-elect Joe] Biden’s national security tools. These pardons will greatly damage U.S.-Iraq relations, at a critical moment.”

“Trump has no right to decide on behalf of victims’ families to pardon these criminals,” said Dr Haidar al-Barzanji, an Iraqi researcher and academic. “It is at odds with human rights and against the law. In Iraqi law they can only be pardoned if the families of victims pardon them. I encourage the families of the victims to request a complaint against Trump when the Biden administration starts.”

The Iraqi human rights activist Haidar Salman tweeted: “I still remember my professor of haematology at Baghdad University department of pathology (who was shot during the massacre along with his family) when he returned to life after his two children and his wife were killed in Nisour Square and almost lost his mind.

“One reason for him to survive was to condemn the murderers. The person who releases these criminals is more of a criminal. The Iraqi government should ask the Biden administration to revoke the pardon.”

Former congressman Duncan Hunter was also given a pardon by Trump, which the White House says was at the request of many members of Congress. Hunter was sentenced to 11 months in prison and three years of supervised release earlier this year after misusing over $200,000 in campaign funds for personal expenses.

The former California lawmaker pleaded guilty to one count of conspiracy to misuse campaign funds. The 44-year-old was due to start his sentence in May but it was delayed due to the pandemic. Without the pardon, he would have had to report to a federal prison in West Texas in January 2021.

A spokeswoman for the UN Human Rights Office, Marta Hurtado, expressed deep concern and said pardoning the guards “contributes to impunity and has the effect of emboldening others to commit such crimes in the future”.

“The UN Human Rights Office calls on the US to renew its commitment to fighting impunity for gross human rights violations and serious violations of international humanitarian law, as well as to uphold its obligations to ensure accountability for such crimes,” she added.