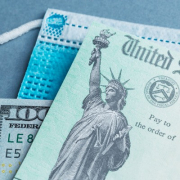 After days of drama following Donald Trump’s refusal to sign the bipartisan Covid-19 relief and spending bill, the president has released a statement announcing that he has made a U-turn and will allow the bill to be passed.

The legislation will provide much-needed financial relief to businesses and individuals at a time in which many are continuing to feel the harsh effects of the global pandemic. Without Trump’s signature, the government would have shut down on Tuesday and millions of Americans would have lost unemployment benefits and eviction protections, potentially causing heartbreak, hunger and death across the country.

Trump’s decision to not support and sign the $900 billion bill took members of both parties by surprise and he seemed to put months of negotiations in jeopardy when he demanded the package, already easily passed in the House and Senate, be revised to include less spending and larger relief checks. The president’s decision to delay has already meant that many have missed out as crucial unemployment aid programs have been allowed to collapse.

Both Republicans and Democrats were quick to criticize Trump and many seemed bewildered at the president’s refusal to sign the bill. However, the external pressure did not seem to alter Trump’s stance and the government looked set for a Tuesday shutdown until Sunday night, when Trump, vacationing in Florida, released a statement to say he had signed the bill.

“As President of the United States it is my responsibility to protect the people of our country from the economic devastation and hardship that was caused by the China Virus,” Trump’s statement said.

“I understand that many small businesses have been forced to close as a result of harsh actions by Democrat-run states. Many people are back to work, but my job is not done until everyone is back to work.

“Fortunately, as a result of my work with Congress in passing the CARES Act earlier this year, we avoided another Great Depression. Under my leadership, Project Warp Speed has been a tremendous success, my Administration and I developed a vaccine many years ahead of wildest expectations, and we are distributing these vaccines, and others soon coming, to millions of people.
“As President, I have told Congress that I want far less wasteful spending and more money going to the American people in the form of $2,000 checks per adult and $600 per child.”

It is as yet unclear why Trump chose to delay the signing of the bill or what may have changed his mind so abruptly. The 74-year-old congratulated himself on the avoidance of this crisis of his own creation and the end of the in-fighting between his party, which the delay caused.

Trump has also confused and argued some within his own party as his main reason for the delay seemed to be to push for higher relief checks, something which Democrats have been asking for and the Republicans have thus far opposed.

Although Trump said in his statement that he would be sending a ‘redlined’ version of the bill back to Congress to highlight changes he wants in the legislation, there is no indication that Congress will act on these changes at all, especially as Trump’s presidency ends in less than a month.

Senate majority leader Mitch McConnell welcomed Trump’s signing of the bill. “I am glad the American people will receive this much-needed assistance as our nation continues battling this pandemic,” the Kentucky Republican said.

Democratic House Speaker Nancy Pelosi said it was a “down payment on what is needed” adding: “Now, the president must immediately call on congressional Republicans to end their obstruction and to join him and Democrats in support of our stand-alone legislation to increase direct payment checks to $2,000.”

White House officials have revealed little about Trump’s thinking and the reasoning behind his decision over the past week but Reuters reported that some advisers had urged the president to cease his refusal to sign as there seemed little point and would only have caused him further issues in the twilight of his presidency.

“I will sign the Omnibus and Covid package with a strong message that makes clear to Congress that wasteful items need to be removed. I will send back to Congress a redlined version, item by item, accompanied by the formal rescission request to Congress insisting that those funds be removed from the bill,” Trump continued in his statement.

“I am signing this bill to restore unemployment benefits, stop evictions, provide rental assistance, add money for PPP, return our airline workers back to work, add substantially more money for vaccine distribution, and much more.

“On Monday the House will vote to increase payments to individuals from $600 to $2,000. Therefore, a family of four would receive $5,200. Additionally, Congress has promised that Section 230, which so unfairly benefits Big Tech at the expense of the American people, will be reviewed and either be terminated or substantially reformed.

“Likewise, the House and Senate have agreed to focus strongly on the very substantial voter fraud which took place in the November 3 Presidential election.