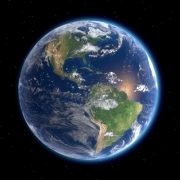 Sir David Attenborough is a 94-year-old naturist, natural historian, broadcaster and climate activist. His highly decorated award-winning work has consisted of documentaries exploring the natural world since the 1950’s. As the world has changed and nature has begun to reflect the damage done by climate change so has his message, moving to one of urgency, shining the light on how humanity is harming the earth and its inhabitants. Recently, Attenborough has released his latest documentary, ‘A Life on our Planet’ which stands as his personal ‘witness statement’ on the changing natural world that he has lived through. The documentary not only points to the destruction of wildlife and the natural landscape but starkly underlines that this level of devastation will lead to our own extinction. Humanity is making earth inhabitable for even humankind.

The documentary was released on the streaming service giant Netflix, and is accompanied by Attenborough’s new book ‘A Life on Our Planet: My Witness Statement and a Vision for the Future.’ It parallels both his career with growing effects of climate change on the environment, placing the progression David Attenborough’s incredible life as a natural historian and broadcaster with the witnessed changes to the worlds eco-systems, landscape and wildlife populations. The effect of which is a comprehendible and humanized depiction of climate change that can so often seem abstract and difficult to effectively understand.

His witness statement projects past 2020 and into the future, with scientific evidence pointing to the more dramatic and snowballing effects of global warming in the remainder of the 21st century, as the rainforests burn, the ice-caps melt and no longer reflect the sun’s rays, methane releases into the atmosphere, wildlife species begin to die and slowly so do humans. The deteriorating climate solidifies the extinction of humankind into place, much like the extinction of the dinosaurs.

Yet, there is a message of hope, which is successfully instilled. After starkly underlining the dystopian future, Attenborough provides an alternative. He points to the changes both environmental and economic that have been proven to help climate change. From smarter farming, to fishing restrictions, to improving the quality of human life globally, to meat consumption reduction and so much more. He demonstrates to the audience how humanity can protect, cultivate and heal this biodiverse planet, and how these solutions are relatively easy. Small changes such as designated marine reserves would allow marine life to replenish, this would have a knock-on effect to all of the other animals depending on the food source, including humans. Which has been demonstrated on the Pacific island nation of Palau, where fishing restrictions not only meant that marine life was protected but eventually lead to a surplus in fish spilling over into fishing zones.

He looks to utilizing the natural world to help with this, renewable energy sources such as wind, solar, hydro and geothermal energy can be endlessly tapped from mother nature. Reducing the amount of carbon in the atmosphere can also have a snowball effect – for example, trees and other greenery naturally recycle CO2 in the atmosphere, turning it into oxygen. As we devote more landmass to tree planting and restore rainforests and other wildlife habitats, we will reduce carbon levels naturally. Further affecting this, as approximately 50% of land is devoted to farming, the combination of smarter farming (as demonstrated in the Netherlands) and more people opting for a plant-based diet, could also mean that land could be given back to trees and wild animal habitats.

David Attenborough’s words summarizing his witness statement are both voiced in the documentary and echoed on his book’s blub:

As a young man, I felt I was out there in the wild, experiencing the untouched natural world – but it was an illusion. The tragedy of our time has been happening all around us, barely noticeable from day to day – the loss of our planet’s wild places, its biodiversity.

I have been witness to this decline. A Life on Our Planet is my witness statement, and my vision for the future. It is the story of how we came to make this, our greatest mistake – and how, if we act now, we can yet put it right.

We have one final chance to create the perfect home for ourselves and restore the wonderful world we inherited.’

All we need is the will to do so.’