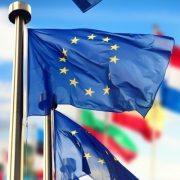 The European Union (EU) has this week acknowledged a move made by the new US government to refrain from imposing additional tariffs on EU goods as part of a long-term dispute over aircraft tariffs, and said it was ready to work with the Biden administration to resolve trade disputes.

The US Trade Representative’s office revealed earlier in the week that it had agreed with US industry that it was unnecessary to revise existing tariffs on European goods at the current time, choosing to refrain from making changes that would have been possible during a periodic review. The move came a day after USTR said it looked forward to working with European allies to resolve a 16-year-long battle over subsidies provided to Europe’s Airbus and its US rival Boeing Co.

Asked about Thursday’s decision, an EU spokesperson said, “The EU is ready to engage with the new U.S. administration on the basis of the EU-US agenda for global change we adopted on December 2. Our aim is to find solutions to our ongoing trade disputes, including on Airbus/Boeing.”

The American Italian Food Coalition, which represents more than 450 Italian companies, manufacturers and trade groups, said the move allows both sides time to have sufficient time to work out a solution. “The Biden Administration appropriately hit the pause button on another carousel round of tariffs,” it said.

Officials representing both the EU and Britain have recently revealed that they are eager to figure out a deal with President Joe Biden’s administration, but talks are currently suspended until Biden’s pick as chief trade negotiator, Katherine Tai, is confirmed by the US Senate. With a confirmation hearing not yet scheduled, that could yet take several more weeks.

The start of this week saw Britain and European envoys stressing their willingness to resolve the aircraft subsidies dispute.

EU Ambassador Stavros Lambrinidis said the EU had proposed a six-month suspension of tariffs on both sides to allow for negotiations to commence. Britain, which is no longer part of the EU but is part of the Airbus consortium, has also said it is also willing to lift tariffs, perhaps unilaterally, as a goodwill gesture.

Uber reported mixed Q4 2020 earnings this week as losses narrowed on the year due to continuing growth in delivery outpacing a drop in ride-sharing revenue. According to Refinitiv estimates, the firm beat expectations on loss-per-share but fell just short on revenue. For all of 2020, Uber’s net losses amounted to $6.77 billion, around a 20% improvement from a staggering $8.51 billion loss in 2019.

The American technology company’s stock fell by more than 3% after close of play Wednesday as it announced its mixed fourth-quarter earnings results, as its delivery business booms and its ride-hailing service slowly recovers. The company is losing around $1 billion a quarter on a GAAP basis on average, with $968 million lost during the final quarter of 2020, which nonetheless signalled an improvement on a year ago when fourth quarter losses amounted to $1.1 billion.

“Since our last earnings call, the world has made considerable progress in the fight against COVID. While there’s still a lot of work to do, we’re cautiously optimistic that this progress will continue and in fact, accelerate over the next quarters,” Uber Chief Executive Officer Dara Khosrowshahi said at the firm’s latest earnings call.

“However long the recovery takes, Uber’s business remains well positioned. Despite renewed lockdowns in Q4, we ended the year with total company gross bookings nearly flat year on year in December, with gross bookings turning positive in January. Disciplined execution and increased scale on our delivery business allowed us to improve our adjusted EBIDA by 161 million year on year in Q4. This quarter marks the completion of a series of portfolio actions that began in Q2 with a goal of focusing the company on its two massive core opportunities, of mobility and delivery.

“We executed 17 transactions in 2020, including acquisitions that increase our run rate gross bookings by over 6 billion, and divestitures of non-core operations that combined with other cost optimization actions reduced our annualized EBIDA losses by over 1 billion,” Khosrowshahi continued.

“These transactions coupled with disciplined operational execution and continued product innovation has put us in a stronger and more focused foundation heading into 2021. As such, we have increased confidence in our ability to reach break-even this year, while continuing to invest in long-term initiatives, close to core. Looking ahead, our strategic priority in 2021 is to continue to harness the power that our platform with its multiple and growing product offerings can uniquely provide. Wherever you need to go, whatever you need to get, Uber can help.

“We believe our highly-engaged consumer base on delivery will drive stronger mobility growth as cities re-open. On the flip side, we expect mobility to become an increasingly powerful acquisition channel for our delivery business. For instance, our redesigned Uber super-app already generated more than 10% of first time users in Q4. We plan to accelerate cross-platform usage through renewed focus on our Uber Pass and Eats Pass membership programs.”

Vaccines Could be Available to the General Public in April, Fauci Says
Scroll to top