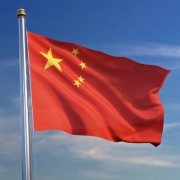 BBC World News has been banned from airing by the Chinese government, a week after Beijing threatened retaliation for the recent decision to revoke China’s state-owned CGTN’s British broadcasting license.

In a statement published at midnight Beijing time on Friday this week, China’s National Radio and Television Administration announced the news, claiming BBC World News’s coverage of China had violated requirements that news reporting must be true and impartial, and undermined China’s national interests and ethnic solidarity.

Just hours later, Hong Kong’s public broadcaster, RTHK, made the same decision, announcing that it would immediately stop relaying BBC World News, which previously ran nightly from 11pm until 7am. “As the channel fails to meet the requirements to broadcast in China as an overseas channel, BBC World News is not allowed to continue its service within Chinese territory,” China’s Radio and Television Administration said, adding that it would not accept the BBC’s broadcast application for the next year.

The BBC said in a statement: ‘We are disappointed that the Chinese authorities have decided to take this course of action. The BBC is the world’s most trusted international news broadcaster and reports on stories from around the world fairly, impartially and without fear or favor.”

The BBC World News TV channel broadcasts globally in English but in China is largely restricted and usually only appears in international hotels and diplomatic compounds, meaning most of the Chinese public have no access to it. This week’s latest tit-for-tat move signals the continued deterioration of relations between the UK and China, one of the UK’s main trading partners.

The introduction of new Chinese security laws in Hong Kong, a former UK territory, as well as a broader crackdown on dissidents has seen diplomatic relationships falter over the last couple of years. The UK has placed new restrictions on Chinese investment as UK politicians argue that the policy of engagement with China has failed. “China’s decision to ban BBC World News in mainland China is an unacceptable curtailing of media freedom,” Britain’s Foreign Secretary Dominic Raab said in a statement. “China has some of the most severe restrictions on media and internet freedoms across the globe and this latest step will only damage China’s reputation in the eyes of the world.”

The decision to ban BBC in China comes little over a week after Britain’s communications watchdog, Ofcom, made the decision to revoke the broadcast license for CGTN, China’s English-language satellite news channel.

Ofcom cited the links between the channel and China’s ruling Communist party. The channel had previously been criticized by Ofcom for broadcasting the alleged forced confession of a British prisoner in China, and for biased coverage of Hong Kong’s democracy movement.

The foreign correspondents club of China said in a statement posted to social media that it was concerned that the language used in the Chinese authorities’ statement was intended as a warning to other foreign media “that they may face sanctions if their reporting does not follow the Chinese party line about Xinjiang and other ethnic minority regions”. “The Foreign Correspondents’ Club of China regrets the decision on February 12th by the Chinese authorities to ban distribution of BBC World News broadcasts inside China,” the statement read.

“China has for many years severely restricted the foreign news that its own citizens can see by using internet censorship to block the websites of most major foreign news organizations, including the BBC. “Before this ban, the BBC World News TV channel was distributed only in certain hotels, apartment buildings, and venues licensed for use by foreigners. Even in those approved locations the BBC was censored, with screens routinely going dark as soon as reports about China began.

“China’s move follows a decision on February 4th by British regulators to revoke the UK broadcasting license of the Chinese state television station, CGTN, after finding that it had filed misleading ownership statements and is “ultimately controlled by the Chinese Communist Party.” In particular, the FCCC notes with concern some of the reasons given by China’s State Administration of Radio and Television for their banning of the BBC World News channel.

“Those reasons include the charge that BBC broadcasts have harmed China’s national interests and undermined China’s national unity. “The FCCC is concerned that such language is intended to send a warning to foreign media operating in China that they may face sanctions if their reporting does not follow the Chinese party line about Xinjiang and other ethnic minority regions.

“The FCCC agrees with the Chinese authorities that news reporters should always strive to be objective and accurate. But it opposes attempts to define good journalism as that which upholds the policies, ideological positions, or interests of any government.

“The FCCC wishes the people of China a safe and prosperous Year of the Ox and hopes that this new year will mark a fresh start for constructive relations between the Chinese authorities and the foreign press.”

Apple Is Creating A Magnetic Battery Pack Attachment For iPhones