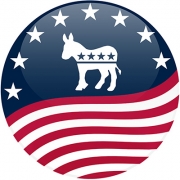 The FBI has announced that six men have been arrested in relation to a plot to kidnap and overthrow Democratic Governor Gretchen Whitmer. Whitmer has been the target of vitriol and abuse from coronavirus sceptics in recent weeks after introducing strict mitigation measures.

Governor Whitmer described the six men involved in the plot as ‘depraved’ and linked her recent struggles with coronavirus sceptics with President Donald Trump and his regular comments against her. Trump has accused Whitmer of spending the past six months or so ‘stoking distrust, fomenting anger and giving comfort to those who spread hatred and division.’

Additionally, Whitmer highlighted Trump’s refusal to condemn white supremacists during the first presidential debate as a contributing factor, claiming the comments were a ‘rallying cry’ for hate groups. Trump later explained his remarks, arguing that he was unaware of who the Proud Boys were.

“Last night, the FBI and Michigan State Police arrested six individuals, charged in a federal complaint with conspiring to kidnap the governor of Michigan Gretchen Whitmer. According to the complaint unsealed this morning, Adam Fox, Barry Croft, Ty Garbin, Kaleb Franks, Daniel Harris, and Brandon Caserta, conspired to kidnap the governor from her vacation home in the Western District of Michigan before the November election,” US Attorney for the Western District of Michigan, Andrew Birge said during an FBI press conference in which the agency announced news of the thwarted plot.

“Under federal law, each of these individuals faces a term of any number of years up to life in prison, if convicted. Fox, Garbin, Franks, Harris and Caserta, are residents of Michigan. Croft is a resident of Delaware.”

A sworn FBI affidavit revealed that in June a US undercover law enforcement officer attended a meeting in Dublin, Ohio and witnessed a group of Michigan militia members discussing plans to overthrow any state government that ‘they believed were violating the US Constitution.’

“Several members talked about murdering ‘tyrants’ or ‘taking’ a sitting governor,” the document reads. One video of the meeting shows the men refuting the state’s role in deciding whether to open leisure facilities such as gyms during the coronavirus lockdown.

According to the FBI, the group of Michigan-based militia members hoped to round together around 200 men in order to storm the capitol building, wreak havoc and capture hostages, including Governor Whitmer. The plans were due to take place before the presidential election on November 3 and if that never came to fruition, the suspects had intentions to attack Whitmer at her home.

The accused men allegedly coordinated with each other to gather extensive surveillance of Whitmer’s vacation home and also planned to use Molotov cocktails to attack law enforcement. The group had also purchased a taser to help with the kidnappings and raised funds to buy explosives and tactical equipment in preparation for any heavy clashes.

“All of us standing here today, we want the public to know that federal and state law enforcement are committed to working together to make sure violent extremists never succeed with their plans, particularly, when they target our duly-elected leaders. The federal complaint in this case alleges that the FBI began an investigation earlier this year, after becoming aware that through social media, that a group of individuals was discussing the violent overthrow of certain government and law enforcement components,” Birge continued during the press conference.

“Through confidential sources, undercover agents and clandestine recordings, law enforcement learned particular individuals were planning to kidnap the governor and acting in furtherance of that plan.

“The alleged conspirators used operational security measures, including communicating by encrypted messaging platforms and used code words and phrases in an attempt to avoid detection by law enforcement. Among other activities, members of this conspiracy on two occasions, conducted coordinated surveillance on the governor’s vacation home,” he continued.

“Fox and Croft in particular, according to the complaint, discussed detonating explosive devices to divert police from the area of the home. And Fox even inspected the underside of a Michigan highway bridge for places to seat an explosive.

“The complaint further alleges that Fox purchased a taser for use in the kidnapping and that the group successfully detonated an improvised explosive device wrapped with shrapnel to test its anti-personnel capabilities. The FBI and state police executed arrests of several of the conspirators when they were meeting on east side of the state to pool funds for explosives and exchange tactical gear,” Birge added.

Britain Hopes To Power Homes By Wind Farms By 2030

Trump Talks Politics After His Recent Illness
Scroll to top