Blog - Latest News
You are here: Home1 / News2 / Science News3 / From Herd Immunity To Vaccinations, Predictions on Overcoming The COVID-19... 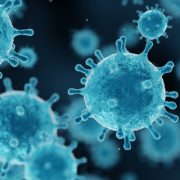 SARS-CoV- 2 has been devastating the world for the majority of 2020. Governments across the world are looking to both safeguard both the people and their economies as scientists and researchers rush to create an effective vaccination. Test and Trace policies are in place to better control the virus in the meantime, however, many countries are also hoping that a vaccination will be able to better protect the majority of the population against the virus and allow the world to return to normal. As governing bodies look to maintain and instate protocols and procedures to keep cases down, there is still an ongoing debate as to how COVID-19 could be eradicated, whether completely or reduced to a level that the risk of contracting the coronavirus is minimal.

Herd immunity is the concept that, if enough people are immune to the disease in a community or population, the disease will spread less easily as less people would be able to catch it. Therefore, it offers a protection to those who are not immune, as they are less likely to come into contact with the virus. Herd immunity could be achieved either through effective vaccinations or by a large proportion of the population actually contracting, and recovering from the condition. The idea of herd immunity has bounced around in conversations from the beginning of the pandemic. Some governments having been criticized on their alleged turn to this concept as a strategy against the COVID-19 outbreak earlier in the year.

National Geographic reported: ‘Some prominent leaders wonder if herd immunity created as people are naturally infected with SARS-CoV-2 coronavirus would be enough to restore society to working order. For evidence, they point to hard-hit epicenters such as New York City, where approximately 20 percent of the residents have been infected and the caseload has been low and steady for months. This sustained recovery must be due to herd protection, they argue.’ Countered with the opinion of Virginia Pitzer, an epidemiologist at the Yale School of Public Health, who argued: “If we had reached sufficient herd immunity in New York, you would expect incidents to continue going down, not to be holding steady.”

The notion of herd immunity is still a contested and discussed topic at the moment. Recently, an international group of scientists, concerned about the devastating mental and physical impacts of COVID-19 policies (such as restrictions and lockdowns), called on governments to look again at achieving herd immunity. Dubbed ‘the Great Barrington declaration’, the proposal argued to let the virus spread in low risk groups, whilst protecting the most vulnerable with social restrictions. Essentially, groups such as young people would resume life as normal, contract and overcome the virus, until enough of the population is resistant. Many, however are resistant to this strategy, having huge concerns on its ethicality or viability.

The Guardian reported, ‘William Hanage, a professor of epidemiology at Harvard, said the declaration seemed to be attacking the idea of mass, ongoing lockdowns, a proposal that nobody was suggesting. “After pointing out, correctly, the indirect damage caused by the pandemic, they respond that the answer is to increase the direct damage caused by it,” he said.’

Virginia Pitzer, speaking to National Geographic, speaking on herd immunity generally, pointed out: ‘“It’s very unlikely that we’re going to see elimination of COVID-19 altogether from the population simply through the buildup of natural immunity, [But if we add a highly effective vaccine on top of that] then it is theoretically possible that we could eliminate the virus” [or at least control it].’

There are many different vaccinations against COVID-19 being developed, the prediction of their completion was projected to be around mid-2021. According to The World Health Organisation (as of 30th September), 11 vaccinations are in Phase Three of development. Vaccines normally are given years of testing before they are rolled out, but an accelerated scheme has been put in place as researchers race to better protect the world from COVID-19. Phase 3 is the final stage of trials before the vaccination is approved and mass produced. In this phase, the vaccination is given to thousands of people to confirm its safety, efficacy, effectiveness and further side-effects. This trial includes a placebo control group and follows Pre-clinical stage, Phase 1 and Phase 2. According to The Wold Health Organisation and the U.S. Food and Drug Administration, a COVID-19 vaccine will need to be 50% effective at the very least to be approved for roll out. However, National Geographic writes that this level will be too low to achieve herd immunity.

Quoting professor and executive director of Public Health Computational and Operations Research (PHICOR) at the City University of New York School of Public Health, Bruce Y. Lee, the National Geographic, reported: “It doesn’t mean that a vaccine that’s below this certain threshold will not be useful, but if you want to be in a situation where you don’t have to do social distancing and these other things anymore, then the vaccine really needs to be over 80 percent efficacy.”

How To Better Handle Bouts of Procrastination