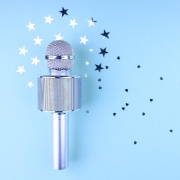 This year so far we have seen a wide variety of music awards and concerts take place this year by pivoting in the face of adversity, the MTV Europe Music Awards were no exception.. The music industry has certainly faced many challenges over the course of 2020 and it has been inspiring to see some of the most iconic stars come together to celebrate their art and continue to bring joy into our lives.

The virtual ceremony took place on Sunday 8th November 2020, with the 27th annual ceremony hosted by Little Mix. Unfortunately this time they were appearing as a trio. The chart topping girl band made up of Perrie Edwards, Jade Thirlwall, Leigh-Ann Pinnock and Jesy Nelson went ahead with the honor of hosting the awards without band mate Jesy who was unable to host due to illness. Jesy also sadly missed the final of the girls own new TV talent competition “Little Mix’s The Search”, which took place the Saturday evening beforehand.

As well as their hosting duties, the band later took to the stage to perform their new single “Sweet Melody” in matching white outfits and were also thrilled to be awarded the Best Pop prize beating other popular acts such as BTS, Lady Gaga and Justin Bieber. They were also awarded Best UK & Ireland Act.

Over the course of the evening the girls donned an array of stunning outfits, looking as gorgeous as ever, with looks including band member Jade accessorizing with a unique spiked belt. This appeared to fill a full 2 metre social distance parameter and Perrie Edwards soon went on to joke ‘I may borrow that when I go to the supermarket.’

BTS were the biggest winners of the evening, scooping 4 out 5 of the awards they were nominated for including Best Song for their hit “Dynamite” and Best Virtual Live for BTS Bang Bang Con: The Live, which was introduced this year to reflect on the current circumstances. They also won Best Group and the Biggest Fans category for the third time.

In a twist to previous ceremonies, the MTV Europe Music Awards played host to an array of performances that were pre recorded. Although this took away the live element which is something that has been missing from a lot of events this year, it enabled artists to be able to be more creative than what they would have perhaps had in restricted live state settings.

The show opened with a performance from Doja Cat and continued to showcase a variety of performances including Alicia Keys, who wearing a diamond full face mask took her performance to the streets. She was pulled while sitting playing at her piano across the streets of Los Angeles.

Other performances of the evening included Yungblud, who in his performance donned a set of angel wings to fly around the venue of The Roundhouse, London whilst singing the singles “Cotton Candy” and “Strawberry Lipstick”. Viewers were also delighted by a collaboration between David Guetta and Raye, who performed “Let’s Love”, set in a Széchenyi bath, Budapest. This was a special performance featuring an impressive light show in the country the awards were due to be held this year.

We also experienced a theatrical performance from Sam Smith who went for dramatic effect showcasing his new single Diamonds, at the forefront of an empty theatre that was strategically placed in front of a red screen featuring lightening. Many stars this year have used their performance to share powerful messages and Sam Smith’s showed a message of support to LBGTQ rights.

Star DaBaby, who was nominated for 4 awards though he sadly did not win this time, still stole the evening with his powerful performance with an equally powerful message . He highlighted police brutality by being forcefully arrested by police at the beginning of his set, moving into the song “Blind” which featured a courtroom scene, and ending in the form of a press conference.

The evening also paid tribute to people who strive to make a difference through the Generation Change Award. Now in its third year, this year the category honored 5 women in their fight against racial and social injustice noting the actions of Kiki Mordi, Nigeria, Temi Mwale, UK, Catherhea Potjanaporn, Malaysia, Luiza Brasil, Brazil and Raquel Willis, U.S.

In light of the unprecedented year that has affected the music industry, we have come to be more appreciative and thankful for the arts and celebrations such as the MTV EMAs. We are grateful that these awards are able to go ahead in new creative formats so we can see the artists we all love. This certainty helps us to keep going and provides hope for the future.

Moderna Claims Their Coronavirus Vaccine Is 94.5% Effective, According To New...

Biden Announces Klain As Chief of Staff
Scroll to top