Blog - Latest News
You are here: Home1 / News2 / Lifestyle News3 / How The Elf on The Shelf is Brightening A Covid Christmas 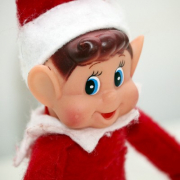 We are now firmly into the countdown to Christmas and the excitement is officially building. After a year of turmoil brought about by Covid-19, Christmas has been a bit more uncertain this year with people across the world worried about Christmas being cancelled. Many have taken to spreading Christmas cheer earlier than normal, some as early as October! But it goes without saying this year has truly been unprecedented and the early festivities have been welcomed by most.

While we are getting into the festive spirit, we also have to be reminded that regulations in your area, as well as the country, will have a big impact on the celebrations you might be hoping to organize. If you are living in an area with a low spread of the virus you may be able spend Christmas with your loved ones somewhat distanced. If you are living in an area of restrictions you may be able to meet across in a “bubble” or maybe the possibility of a covid-holiday as in the UK might shine some light on your Christmas.

Coming to the end of a year of ‘new normal’ we are looking forward to getting as close as possible to some of the normality’s we are used to. While there are many traditions that we may be without this year, such as local Christmas light switch ons, ice skating, pantomimes, Christmas fairs, work outings and even visiting the big man himself, there are still many things we can look forward to.

Traditions we love include a countdown to Christmas with advent chocolate advent calendars and Christmas music being wherever you go, across tv, radio and even in the shops we visit as well as Christmas movies galore.

It seems like each year Christmas gets bigger and better with shops dedicating ranges of exquisite Christmas food and drink for us to indulge, as well as decorations. We have seen the tradition of advent calendars move from chocolates to daily gifts from toy character brands through to beauty brands and this year we are seeing communities pull out the stops with extravagant Christmas lighting.

Another tradition that is certainly growing across the world is the ‘Elf on the Shelf’. This newly found Christmas tradition for many was created in the US back in 2005, based on a children’s book ‘The Elf On The Shelf, A Christmas Tradition’ by Carol V. Aebersold. In the book Santa Claus sends a ‘Scout Elf’, as it is also known to keep an eye on boys and girls, direct from the North Pole to keep check on whether they have been naughty or nice.

Over the years this tradition ‘The Elf On The Shelf’ has now spread across the world and the Elf magically appears at the family home in the days of December leading up to Christmas. Now the Elf is known to be both naughty and nice, coming alive through the night while the children are sleeping, playing tricks and sometimes treats.

This is a magical time for children and for many the build up can be the most special time. Although the popularity of the Elf still continues to grow, for many families the shenanigans of elf life are far too much of a commitment to plan a nightly scenario once the children are sleeping, as any slip up could have parents caught out.

It also goes without saying the elf takes up a lot of time and also takes up a lot of budget. Props for pranks such as mini Elf size versions of popular board games such as Twister are available to purchase, as well as mini outfits, bedding and various character costumes such as Harry Potter with a wand!

The Elf has also been known to bring treats, such as advent calendars, Christmas candy, baking sets, pajamas and the list goes on. The possibilities are endless, and with the Elf growing not only in our families, but also on social media. Generating new ideas for the ‘The Elf On The Shelf’ each year, helps even people without children indulging in the hilarious antics of the Elf, lifting spirits especially this year.

Some of the ideas we have seen to prank children will see adults turn their homes upside down. From making endless amounts of mess with ‘the Elf’ emptying cereal boxes and eating Christmas chocolates to only leaving wrappers behind to wrapping up household items such as the sofas, fridges and cupboards, changing bedding to Christmas themed covers and drawing on family members faces.

To some this might seem extravagant, but why not divulge in some extra festivities and prolong the Christmas spirit. Though we might have spent a large amount of time away from family and friends, it’s still important to be aware of the current state of the spread of the virus around you. After a year of social distancing and lockdowns we should appreciate whatever time we get to spend together safely and respectfully with our loved ones, and of course the cheeky Christmas Elf!