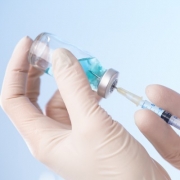 As the world continues to seek out a vaccine for the novel Coronavirus in record time, we may be a little guilty of taking the whole medical research and development process for granted. We have a great many vaccines available to us to help protect us from some of the most serious diseases and illnesses which have plagued the human race over many centuries. But it wasn’t always the case and vaccines weren’t always so readily available. If anything, COVID has reminded us of this fact and that recent generations have lived in relatively good health compared to our ancestors.

One of the biggest medical innovations was the development of the vaccine for smallpox. It was described as a ‘devastating disease’ which reportedly killed around 3 in 10 people who caught it. Those who survived were often left with visible scarring. It is thought that smallpox has been around since the Egyptian Empire in the 3rd Century BCE and that it slowly spread across the globe as exploration and trade routes expanded.

Historically, the only way to help try and prevent the growth of smallpox was through variolation. This is when the pustules from the smallpox sores are scratched onto the arm of a person who has not had smallpox. The other method was to inhale it in powder form through the nose. These methods resulted in the person gaining some of the symptoms of smallpox such as a fever and rash, but were much less inflicted by it. In addition, far fewer people died from variolation than those who acquired smallpox through normal transmission.

The process of arm to arm variolation was used to transport the virus across vast areas, even countries. In fact, human chains were created when it was necessary to transport the ‘live’ vaccine across countries via ships. Enough people were enlisted to ensure that the process of transferring the pustules from one person to the next was possible until they reached the desired recipients.

Clearly variolation was effective, but it wasn’t the most efficient way to protect large numbers of people. The first official vaccine was for ‘smallpox’ and was introduced by English doctor Edward Jenner in 1796. He has discovered that milkmaids who had caught cowpox did not catch smallpox and realised that inoculated vaccinia protected them from inoculated variola virus. In order to test his theory about the vaccine, Jenner took some of the fluid from a cowpox blister and scratched it into the skin of a nine year old boy called James Phipps, the son of his gardener This caused a single blister to occur at the scratch site, but the boy quickly recovered. A couple of months later, Jenner did the same thing but this time with smallpox and found that the boy did not become ill. This proved that the vaccine had worked in preventing the boy from developing smallpox.

Jenner submitted a paper to the Royal Society a year later detailing the results of his experiment, but they pushed back telling him that he needed more proof that his vaccine was indeed a suitable preventative measure for smallpox. He went on to vaccinate a number of other children including his own 11-month old son. In 1798 the results of his experiment were published. An interesting fun fact is that Jenner came up with the word vaccine from the Latin ‘vacca’ which means cow. Despite the publishing of the paper, Jenner continued to face opposition from many, including the clergy, who believed that it was ‘repulsive and ungodly to inoculate someone with material from a diseased animal.’ Nevertheless, the results of the vaccine spoke for themselves and eventually the vaccine was soon widely accepted, with Jenner enjoying notable fame for his medical innovation.

Fast forward to 1959 and smallpox was still proving problematic in some areas, leading the World Health Organization to embark on a mission to ‘globally eradicate it’. Following an intensive vaccination, outbreak control and surveillance program, the last case of smallpox was recorded in 1977 in Somalia, with the patient making a full recovery. By 1986 all countries across the world had ceased their smallpox vaccination programs, as smallpox appeared to be one of only two diseases that humans have been able to wipe out. The other was cattle plague, also known as rinderpest. It is believed that there is no naturally occurring smallpox transmission anywhere in the world, although small quantities of the smallpox virus still exist in several research laboratories in Georgia and in Russia.

Clearly there are many successes in our history with regards to fighting illnesses and diseases, and many experts are confident that we will also win the war against the novel Coronavirus. But such medical innovations take time to refine and so despite our innate desires to return to pre-COVID life, we simply have to accept that whilst this is likely to be with us for some time, it certainly won’t be forever. Until then, we must all play our part in keeping our communities safe, clean and virus-free.

Who Were the Biggest Winners At This Year’s Primetime Emmy Awards?