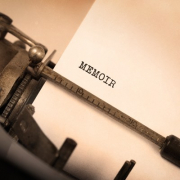 President Joe Biden’s son Hunter has announced that next week will see the release of his memoir, in which he details his lifelong struggle with alcoholism and drug abuse, writing that “in the last five years alone, my two-decades-long marriage has dissolved, guns have been put in my face, and at one point I dropped clean off the grid, living in $59-a-night Super 8 motels off I-95 while scaring my family even more than myself.”

His so-called ‘deep descent’ into substance addiction followed the death of his older brother Beau, who passed away in 2015 at age 46 following a battle with brain cancer. The book, titled ‘Beautiful Things’, is set for release on Tuesday.

“After Beau died, I never felt more alone. I lost hope,” he wrote.

Drinking, he wrote, “seemed to solve every unanswered question about why I felt the way I felt. It took away my inhibitions, my insecurities, and often my judgment. It made me feel complete, filling a hole I didn’t even realize was there — a feeling of loss and my sense of not being understood or fitting in.”

In the memoir, Hunter shares details of how those closest to him staged an intervention in 2019 as he struggled to cope with addiction and the pressures of family life.

As he realized he was not approaching a family dinner as he had been told, Hunter swore at his father and bolted from the house, but was chased down the driveway by Joe Biden, who “grabbed me, swung me around, and hugged me. He held me tight in the dark and cried for the longest time. Everybody was outside now.”

Following this, Hunter Biden agreed to check into a facility in Maryland. He was driven there by Beau’s widow, Hallie, with whom he had enjoyed a friendship. After she dropped him off, Hunter Biden writes, he called an Uber, told the staff he’d return in the morning and then checked into a hotel near Baltimore’s airport.

“For the next two days, while everybody who’d been at my parents’ house thought I was safe and sound at the center, I sat in my room and smoked the crack I’d tucked away in my traveling bag,” he wrote. “I then boarded a plane for California and ran and ran and ran. Until I met Melissa.”

It was in Los Angeles while Hunter was at his lowest where he first met Melissa Cohen, with the president’s son describing their first meeting as akin to love at first sight. The 51-year-old wrote that she was unfazed by his addiction, alcoholism and other problems.

“She pushed away everyone in my life connected to drugs,” taking away his phone, computer, car keys and wallet, he wrote. She deleted every contact in his phone that was not family, and tossed his crack cocaine.

The South African filmmaker slowly helped Hunter to ease off drinking and arranged for a doctor to come to their Hollywood Hills apartment to help with his withdrawal. He slept for three days.

He woke up on the fourth day and asked her to marry him. She asked to wait for the right time, but when they woke up the next morning — seven days after they’d met —- she told him, “Let’s do it.”

Last week, Hunter, Melissa and their son Beau were on board the Marine One helicopter with President Joe Biden.

The film acts as a sequel to both Kong: Skull Island from 2017 and Godzilla: King of the Monsters from 2019, and is the fourth instalment in Legendary’s MonsterVerse.

It marks the first major Hollywood cinematic film release since Tenet in 2020, as movie theatres begin to reopen in the western markets.

Godzilla vs Kong opened earlier this week both in cinemas across the US and online on HBO Max, and has already grossed around $123million worldwide.

“This is what movie making is all about – it’s just spectacular,” Mexican actor Demián Bichir, who plays the film’s human antagonist Walter Simmons, told Sky News.

“I haven’t done many fantasy-type films and this type of genre is very peculiar as it demands a lot of imagination from you, you work against green screens… and all that and that makes the whole work very, very interesting and difficult at the same time.

“We shot this film way before the pandemic. I actually finished shooting another film in London with George Clooney… when the planet stopped and that’s when I came back to Los Angeles, but we shot Godzilla v Kong about two years ago.”

Talking about the film’s cast, he said: “One of the beauties of this film is that there’s a little bit of everything for everyone and we have a fantastic cast all the way from great adult actors to child actors and this makes the whole film very entertaining.”